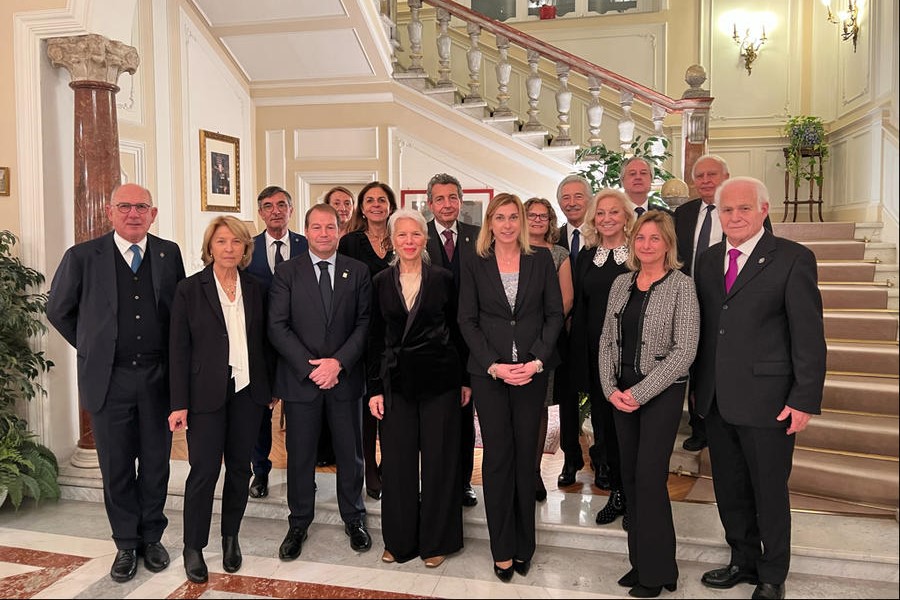 In a strong start to the year for Monegasque diplomacy, the Principality’s recently appointed ambassador to Italy has headed to Rome for her first consular meeting.

Recently appointed Ambassador Anne Eastwood hit the ground running as she held her first consular meeting in Rome on 20th January. This gathering brought together Monaco’s representatives in Italy as well as those of the embassy’s other nearby countries of accreditation, such as Croatia, Romania, Slovenia, Malta and San Marino.

Eastwood took stock of the past year, mentioning the three trips Prince Albert II made to Italy last year in conjunction with the Historic Sites of Grimaldi network, but mostly turned her focus to the future.

She spoke of her intentions to strengthen the Monaco Destination Ambassadors network, which is designed to promote the attractiveness of the Principality in Italy. As such, a special event will be organised for 31st May on the centenary of Prince Rainier III’s birth, Monaco’s former sovereign who is credited with opening Monaco up to the international scene.

Also on 20th January, Monaco’s Counsellor-Minister of Foreign Affairs and Cooperation Isabelle Berro-Amadeï, spoke to the over 90 ambassadors accredited to the Principality for the first time at an event organised by Christophe Steiner, Monaco’s ambassador to France.

Berro-Amadeï spoke out about the Ukraine, security, climate and food issues as well as the energy crisis, and highlighted the Monaco government’s commitments toward fostering a “just, inclusive and sustainable society”.  She noted that, as 2023 is the Principality’s 30th year as a United Nations member state, the nation is continuing to deal in multilateralism and dealing with common challenges being faced. Her message aimed at further strengthening the bonds of trust and friendship that the Principality maintains with 156 states, and received a particularly warm welcome as evidenced by the large representation at the event.