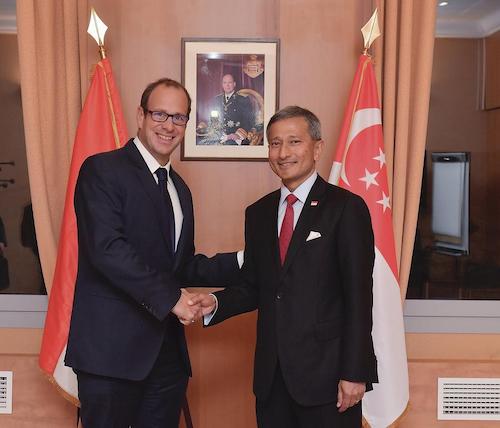 The similarities between Monaco and Singapore in the journey towards a complete digital transition were highlighted during a visit from the Singaporean Minister of Foreign Affairs in charge of the Smart Nation, Dr Vivian Balakrishnan.

Minister Balakrishnan was greeted last Thursday by his local counterpart, Frédéric Ganta, the Interministerial Delegate in charge of the Digital Transition for the Principality, for a day-long meeting where they were able to share experiences, challenges and successes each respective country has faced during the transition period.

First, Minister Balakrishnan was treated to a live demonstration at the Condamine Fire Station revealing how the use of drones in emergency management is changing the way fires are being fought as well as highlighting the concrete practical aspects of the #ExtendedMonaco programme. 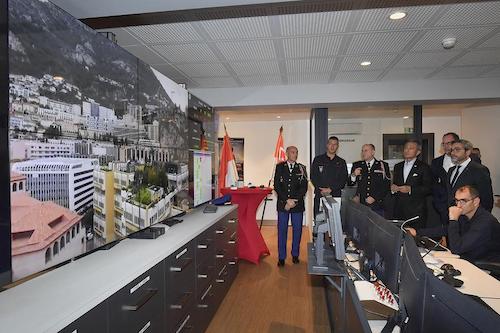 Later, he was shown the Digital Campus of Monaco’s administrative training offices in Fontvieille, where civil servants and agents of the state have been going since the beginning of the year to learn the latest technologies and techniques being implemented in the Principality.

On Friday, the Singaporean Minister participated in a meeting with the Digital Advisory Council, where he is one of eight international delegates charged with sharing expertise with the Principality.

To end the visit, Minister Balakrishnan met and dined with Minister of State Serge Telle and Government Counselor-Minister of Foreign Relations and Cooperation, Laurent Anselmi at the Residence of the Ministry of Foreign Affairs.

Business & Finance Cassandra Tanti - October 12, 2021
A delegation of entrepreneurs headed by the Monaco Economic Board has taken part in a trade mission to Antwerp, Europe’s second largest port and the world capital of diamonds.

Business & Finance Barclays - December 25, 2020
New research from Barclays Private Bank shows that the next generation of HNW women are set to change family and banking dynamics as their share of global wealth steadily increases.