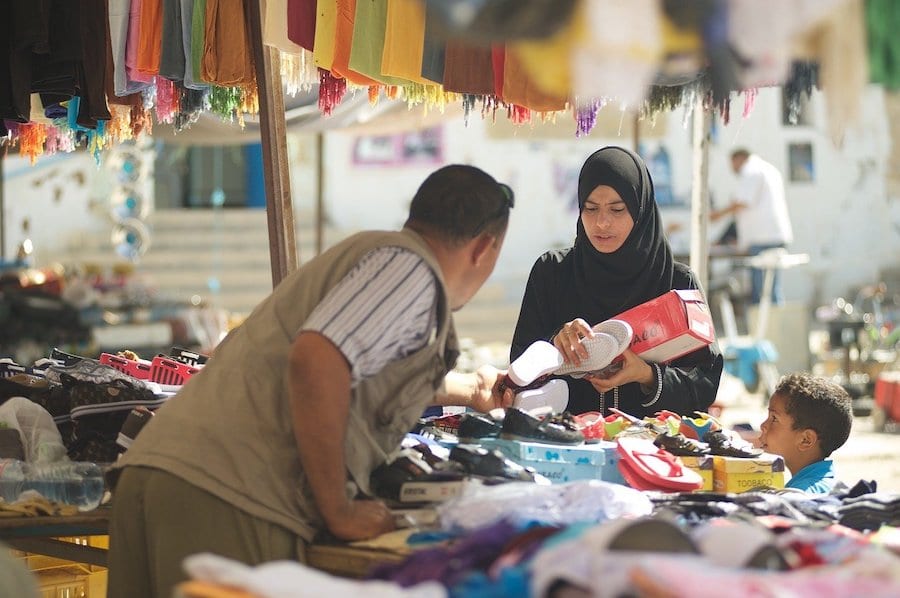 Women in the North African country of Tunisia are set to benefit from a four-year job creation agreement signed this week between Monaco, the United Nations and the Union for the Mediterranean.
The project aims to develop micro, small and medium sized businesses and jobs for the women of Tunisia. The pilot project focuses specifically on female-owned businesses that create pharmaceutical products and cosmetics made with natural products. The range of products will include essential oils, floral waters, medicinal plants, perfumes, soaps, creams and masks.
The bigger plan is to give the urban and rural women of the Middle East a way to be autonomous by earning their own livings, thus empowering them and giving them choices unheard of in the region a generation ago.
According to the Monaco government, Tunisia is an ideal country for programmes such as these as they are relatively forward-thinking with regards to women’s rights.
Men and women were officially given equal rights in 2014 when an amendment to their constitution stipulated that, “Male and female citizens are equal in rights and duties. They are equal before the law without any discrimination.”
Since the 1950’s, Tunisia has had a minimum marriage age and mutual consent is required in matrimony. Women are granted equality in divorce proceedings and are allowed to move freely to work, own businesses and open bank accounts.
In practice, however, it is a different story. Women in Tunisia suffer staggeringly high rates of abuse, with nearly 70% of Tunisian women subjected to violence, according to a report from the Tunisian Association of Democratic Women. Muslim Tunisian women are also forbidden to marry outside their religion, though the reciprocal does not apply to men, and marital rape is not recognised by courts.
This week’s job creatioin deal was signed by the Department of External Relations and Cooperation, the United Nations Industrial Development Organisation (UNIDO) and the Union for the Mediterranean (UfM).
The Department of External Relations and Cooperation has maintained, through the Department of International Cooperation, ongoing relations with Tunisia since the early 90s. It is now coupling that relationship with the Principality’s policy in favour of women’s rights to better the lives of women in the North African nation.
Monaco has been a member of UNIDO since 2003 and of UfM since 2008.