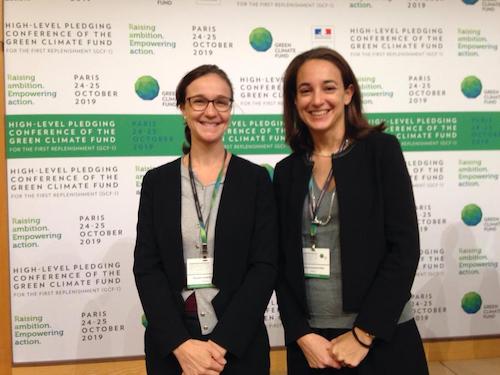 Since 2015, the Green Climate Fund has assisted in supporting 111 projects in 100 countries, with a focus on underdeveloped countries and small island states. Last week, the Monegasque government announced what their contribution to the 2020-2023 period would be.

A Monaco delegation converged in Paris to attend the high-level meetings on 24th and 25th October, where the participating developed nations were invited to share what their financial involvement to the Green Climate Fund, a United Nations established entity, would look like for the next four years.

Having been in support of the fund since it was established, the Prince’s government has generously decided on a contribution of €3 million to reconstitute the fund’s coffers. Monaco’s representatives encouraged those in charge of the fund to be as effective as possible to help maximise impact and lower waste in the efforts to aid the most vulnerable countries, who tend to be on the frontline when it comes to the impact of climate change.

Attempting to keep a balance between internal improvements and the adopting of new ideas and technologies, the Green Climate Fund is looking to eliminate the addition of 1.5 billion tonnes of CO2 emissions to the atmosphere, which can lessen the impact of climate change on over 310 million people worldwide.

The fund’s goal is to channel significant public international financial support to help implement the Paris Agreement in the developing world, and the latest round of fundraising aims to procure enough resources to keep operations running smoothly until 2023.