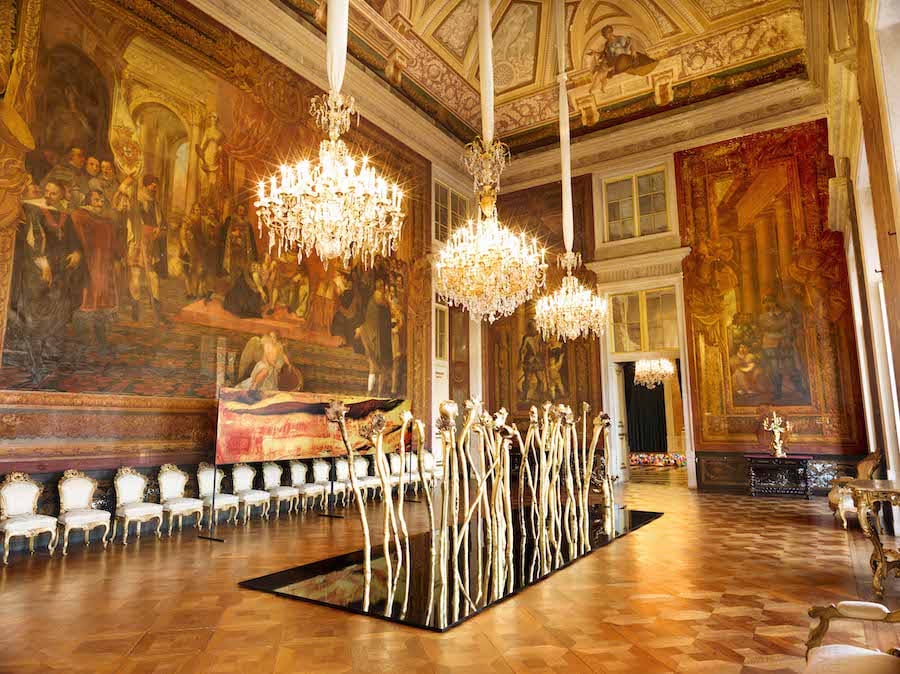 Monaco Art Week is sure to be filled with amazing art works and even more amazing events. One such event is the Daniel Boeri and Magdalena Gabriel cocktail party and exhibition being put on in honour of two artists with unique and very different styles.

The first artist showcased is Bolivian-born Sonia Falcone and her work called Royal Love. The creation was made using a plant found in the Bolivian Amazon rainforest that has been transformed into a golden sculpture on a striking black base.

According to Gabriel, “The visually-spectacular piece reminds us that nature’s beauty, creativity and vitality will always match and inspire the creations of man, and that some of the most precious gifts we receive can emerge from the earth itself.”

Her counterpart in the event is French Artist Pierre Bonnefille, whose use of carbons, mineral powders, lava, marble and other raw materials mixed with metallics and natural pigments in his work give the illusion of unctuous materials with fluid surfaces, changing with every movement of light.

Bonnefille grew up in Saint-Quentin, on France’s wild northwest Bretagne coast. His exhibit is called Cortexand it is inspired by shells and beetles that the artist studied in detail before creating a dozen unique boxes.

The boxes represent beetle shells, encasing precious objects inside with beautiful, fluid colours and textures on the outside.

“I want to keep specific visions in mind, I try to capture them and recreate them in my studio,” he says. “Through every creation, I look for a particular vibration of the materials.”

The cocktail reception will be held on Tuesday 13th July at Daniel Boeri and Magdalena Gabriel from 5:30pm to 8pm. The exhibition will be viewable daily from 13th to 18th July, from 3pm to 9pm or by appointment at the gallery.