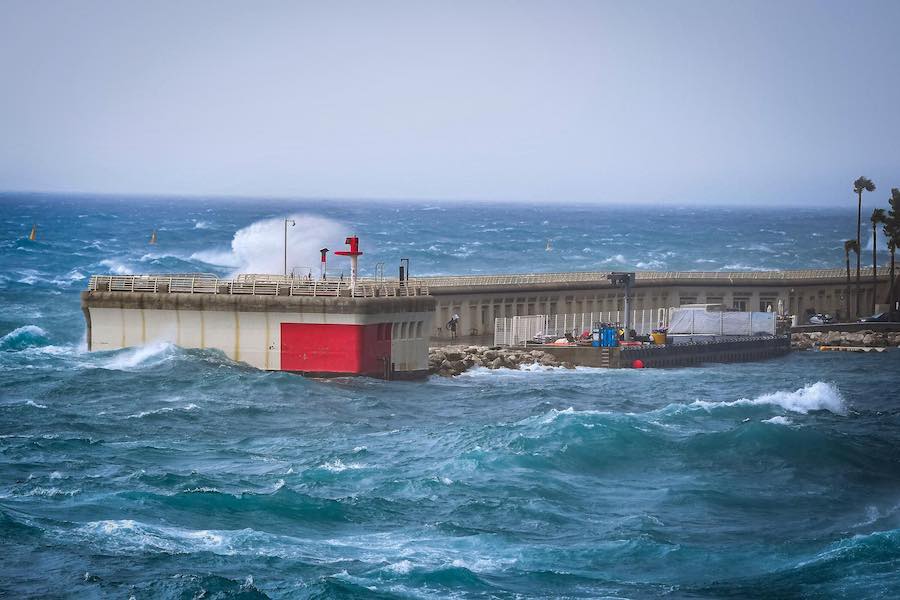 Monaco has escaped relatively unscathed from storm Alex which battered the Alpes-Maritimes on Friday, recording no injuries or major incidents.
The storm system generated wind gusts of up to 80km/h, while intense rain hit at around 9pm on Friday night, with more than 105mm falling in an hour.
The violent showers prompted around 30 calls for help to emergency services, the majority for flooding in private premises and the Larvotto parking lot, where about 20 inches of water covered the basement.
According to a statement released by the government on Saturday, no casualties were recorded in Monaco and “damage is limited and strictly material”.
A temporary shelter was established at the Grimaldi Forum from 6pm for workers stranded in the Principality following the suspension of trains and busses from 2pm on Friday. 350 beds were mounted with support from the Prince’s Carabiniers and volunteers from the Monaco Red Cross. However, only one person needed shelter and was redirected to a hotel in Beausoleil, while the shelter was closed at 9pm.
Clear skies returned to Monaco by the end of the night and public transport resumed early Saturday.
All roads in the Principality are open again to traffic, while the coastline is also accessible, except for plage du Solarium because of residual waves. The port entry / exit ban has also been lifted.