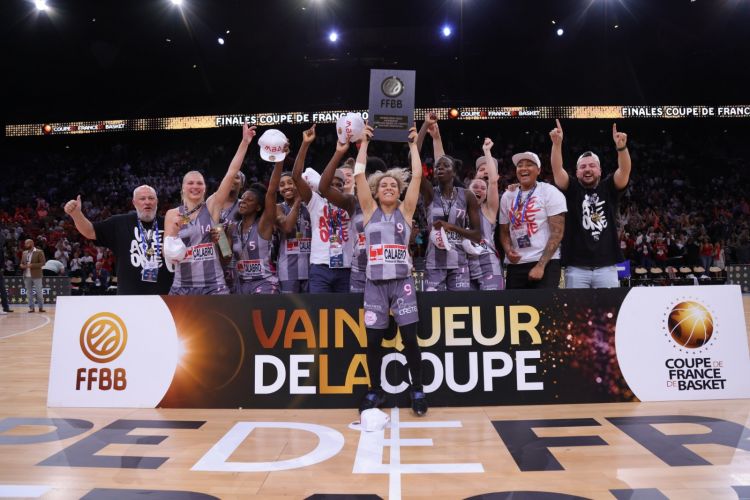 Monaco’s women’s basketball team won the French Cup on Friday against US Le Poinconnet (69-50), celebrating their second title in five years with the travelling fans, who made the journey to Paris.

It was a dominant victory for Monaco Basketball Association (MBA), who won every quarter on their way to adding to their success in 2017, becoming only the second side to win the competition twice after Angers UFAB. It was a logical victory given the clear difference in quality between the two sides. On the one hand, Monaco are the N2 table-toppers (18 victories, four defeats), whilst US Le Poinconnet languish in sixth (11 victories, 11 defeats).

Monaco fans packed the Accor Arena in Paris to cheer on the Principality team, as they saw them effectively end the game as a contest in the first-half. A stout defensive performance limited US Le Poinconnet to just nine points in the first-quarter and 14 in the second. Although they limited the damage in the final two-quarters, with a more incisive attacking display and then a shut-out of their own, it wasn’t enough to repair the damage done in the opening stages.

Post-match, MBA player Najet Ouardad revealed the well-founded confidence of the side coming into this year’s final. “With this team, you knew we were going to win. We are here for a reason. We’ve worked hard and we kept together. That work has paid off.”

Having secured another trophy for the cabinet, their attention immediately shifts to adding to their success between now and the end of the season. “We’ve won a trophy, that was an objective and now we move onto the next one, which is getting promoted to second division. We have the play-offs coming up and we’re focused on that now.”

Just like the men’s basketball side, MBA are blossoming, and their already stellar season could have the perfect ending yet, should they earn that much-deserved promotion. 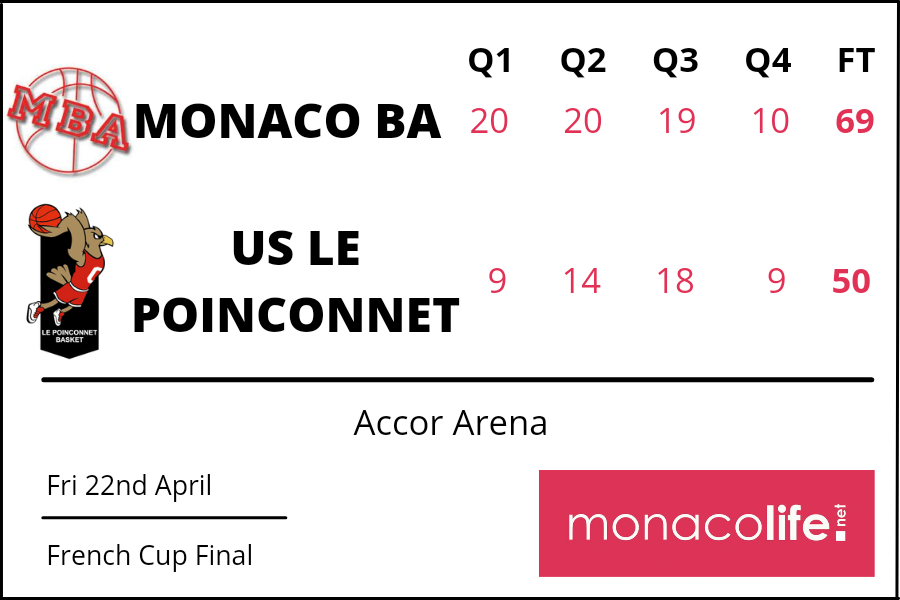