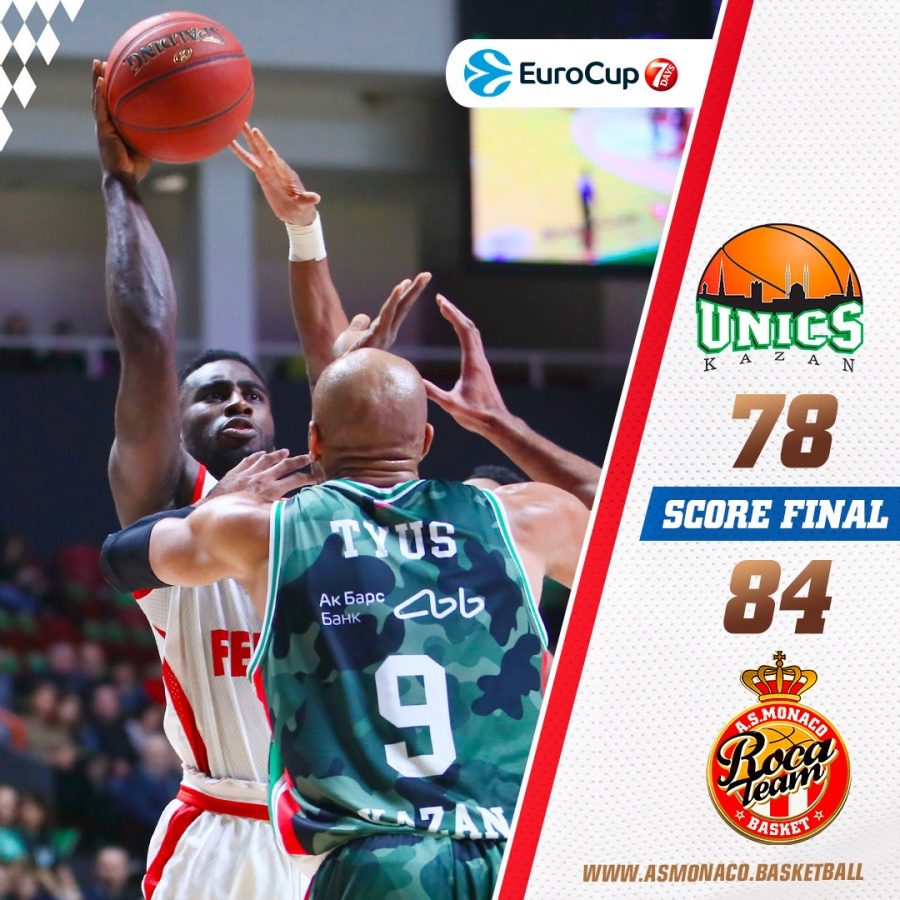 Roca Team braved the Russian winter to play the Kazan Unics on Tuesday night. Their 84-78 win has revived Euro Cup hopes for the Monegasques putting them back on the right track.

Without the help of star player Will Yeguete who was out with a knee injury, the Roca Team nonetheless took control from the start playing a very offense-oriented game, despite finding open shots challenging against the Unics.

An incredible series of three-pointers by Dee Bost, Norris Cole and Anthony Clemmons kept their opponents on their toes and kept them in the lead. The Unics were not deterred though and kept hitting back, but by halftime, the men of the Rock were firmly in the lead.

Monaco’s magic seemed to be broken though after the break. That amazing first half rhythm was slow in returning and the Kazan’s scored seven points straight off the mark. Fortunately, after about four minutes of play, JJ O’Brien and Paul Lacombe found their sea legs and gave Roca Team a bit of breathing room, though not for long.

The Unics were in no way giving up though, and after an amazing three-pointer from American Errick McCollum, Coach Sasa Obradovic called for a timeout.

Anthony Clemmons reacted playing a tough defence, and after some pretty tough ball handling for both sides, Monaco had a firm 61-55 lead at the end of the third quarter.

The fourth quarter was bound to be exciting, but no one knew just how much. The Russians fought back aggressively and by the 35th minute had tied the game 67-67. No longer having the luxury of the lead, Roca Team bit back and Anthony Clemmons planted a huge three-pointer two minutes from the end, then JJ O’Brien not only landed a money shot, but also was fouled, giving him an extra shot, which he converted. After another penalty was called on Kazan, it was pretty much game over for them, leading to the Monegasque’s much-needed and hard fought victory.