Monaco begin with a win

Monaco begin with a win 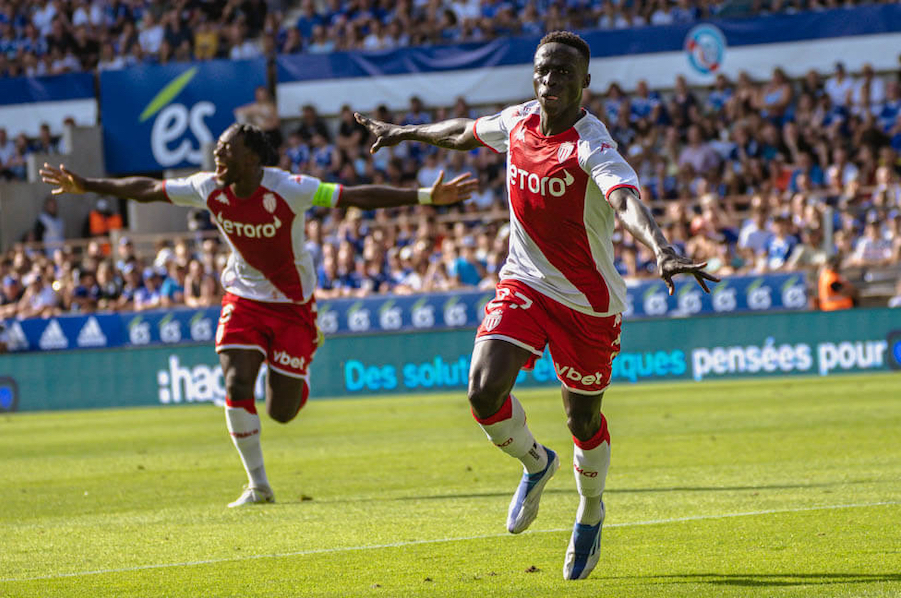 AS Monaco overcame a late scare at La Meinau on Saturday to beat ‘bogey team’ Strasbourg 2-1 and get their Ligue 1 campaign off to a perfect start.

Prior to the Ligue 1 opener, Monaco had only won one of their last eight games against Strasbourg. But Philippe Clement’s men sought to defy that troubling statistic from the first whistle, showing plenty of attacking intent and starting on the front foot.

The team itself was high on energy, partially thanks to a raft of changes from last Tuesday’s draw against PSV Eindhoven. Amongst the six changes were Breel Embolo, who was making his first start for the club and Krépin Diatta, who was making his long-awaited return following an ACL injury last November.

To mark the special occasion, it was Senegalese international Diatta, who opened Monaco’s account for the 2022/23 season. He volleyed home from outside the box from a corner to convert what will certainly be one of the goals of the opening Ligue 1 game week. Post-match, Diatta dedicated his goal to “all those who contributed to his return.”

Into the second-half, Monaco continued to push and deservedly scored a second. Gelson Martins’ deflected effort was only parried by the goalkeeper and Sofiane Diop was in the right place at the right time to slot home into the empty net.

In need of two goals just to salvage a draw, Strasbourg pushed, leaving themselves exposed at the back. Monaco could – and should – have got a third to kill the game, but their decision-making and finishing let them down. Jean Lucas almost put the tie to bed, but one-on-one, his shot was deflected onto the post by the goalkeeper.

Strasbourg made the most of the lifeline and dragged themselves back into the tie. Habib Diallo rose above Ruben Aguilar at the back post to head past Alexander Nübel to set up a nervy finish for Clement’s side.

It had looked as though Monaco had squandered their two goal advantage at the death. It was Diallo once again who headed over the on-rushing Nübel to send La Meinau into raptures and saw Julien Stéphan steam down the touchline to join his team in the celebrations. However, following a lengthy VAR check, there was deemed to be an offside in the build-up and the goal was chalked off. It was a let off for Monaco, who held on to secure the three points.

Clement was happy with the three points, especially given the wholesale changes made to the side. “Even with a complete side, it’s hard to win here. It’s a good team with a good coach, but my players were ready and that’s important… many players scored points during today’s match and that’s perfect for the upcoming weeks and months,” said Clement.

Although Clement is aware that he can count on the depth within his squad, Tuesday’s second-leg against PSV will likely herald the returns of Wissam Ben Yedder, Aleksandr Golovin and Kevin Volland. Monaco will go into that tie high on confidence, and refreshed, as they look to proceed to the final knockout round of the Champions League qualifiers.