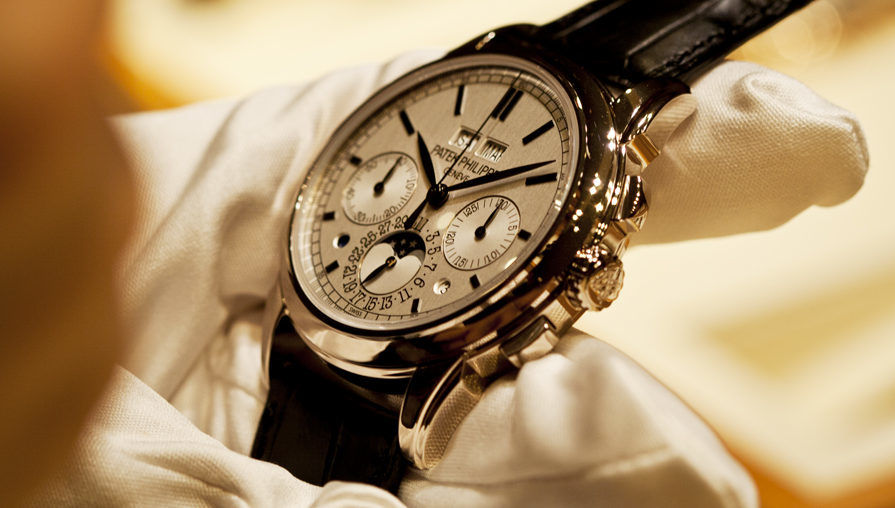 A watch that supposedly belonged to Russian President Vladimir Putin has been sold in Monaco for more than a million euros.

While the Kremlin continues to deny that the watch was Putin’s, claiming the story is “fake news”, the auction house continues to say that as far as it knows the client had ordered this watch from Patek Philippe in order to give it as a gift to the Russian President, Vladimir Putin.

Putin has a soft spot for luxury watches and wears then on his right hand. A Russian opposition group has claimed that the president has a collection worth 22 million roubles, an amount equal to more than six times his official income.

Pitt-Jolie split after 2014 marriage in France 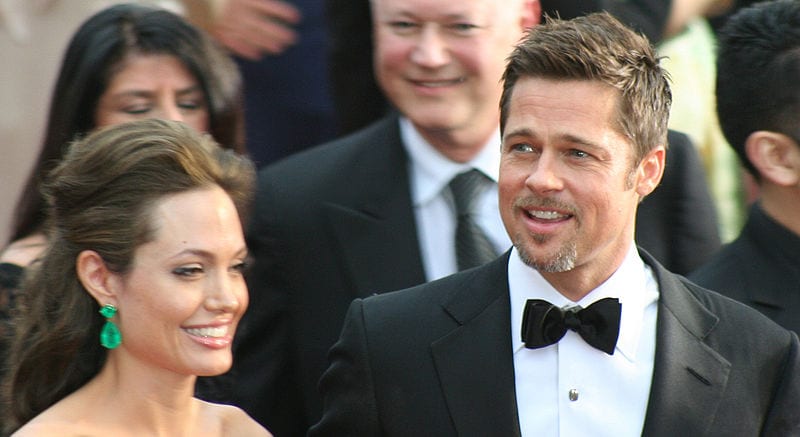 Photo: Flickr Chrisa Hickey[/caption] Angelina Jolie has filed for divorce from Brad Pitt, the actress’s lawyer has confirmed. Robert Offer said the actress filed for "dissolution of marriage" on Monday, adding the "decision was made for the health of the family". "She will not be commenting, and asks that the family be given its privacy at this time," Offer added. The couple have been together since 2004 but only married in August 2014. They have six children together - Maddox, Pax, Zahara, Shiloh, and twins Knox and Vivienne. The couple’s twins, Knox and Vivienne, were born at the Lenval Hospital in Nice in 2008. Four years later, the couple paid €60 million (€54 million) for Château Miraval, a château and vineyard in Correns, a village just north of Brignoles in the Var. In unrelated news, a light tourist plane made an emergency landing Tuesday morning around 9:30 am on the A8 motorway near Brignoles (direction Italy), a spokesperson for Vinci Autoroute confirmed. The distressed craft landed “in a place where the emergency lane is wide enough” and was able to pull over, although the wing tip exceeded the right lane, adding some excitement to morning rush hour traffic. Fire-fighters had been warned about the plane by the control tower at Cannet des Maures aerodrome. “The plane has been moved to a place of refuge” on the highway to avoid accidents,” a spokesperson for the fire department confirmed. The pilot and passenger were unharmed. (Sources: BBC, Le Figaro) 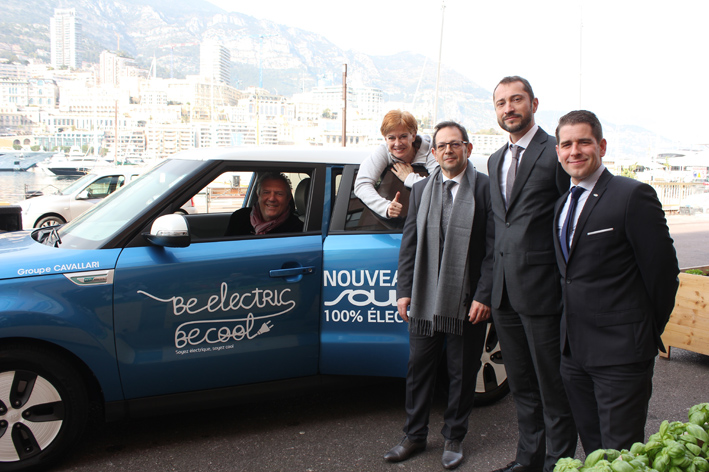 SNB's Didier Rubiolo and Kate Powers with KIA Motors reps[/caption] Stars’n’Bars co-founders Didier Rubiolo and Kate Powers continued to highlight their commitment to the environment and the planet Wednesday afternoon, as they jumped into the restaurant’s new electric car, the Kia Soul EV. The Soul is the latest addition to Stars’n’Bars’ “eco-fleet” – which consists of a battery-powered, 2-seater Twizy and two electric bicycles. Speaking outside the restaurant in front of the Soul, Mr Rubiolo told Monaco Life: “About a year and a half ago, we developed an international business model to associate the restaurant with different local businesses, as we realised this was a win-win situation, not only for Stars’n’Bars.” For Didier and Kate, this evolution included the launching of the community-based Eco-Hub and raising awareness for all things that touch the environment, as well as a partnership with EVER Salon, the International Conference and Exhibition of Ecological Vehicles and Renewable Energies, which takes place at the Grimaldi Forum. For the first time, Stars’n’Bars will have a stand at the event, which this year runs from April 11 to 13. “EVER is the perfect platform for us to promote customer knowledge,” Mr Rubiolo explained. “People can visit our stand and discover the organic menus we serve our clients, as well as hear about the Eco-Hub’s well-being workshops and conferences about the environment that we organise. They can also learn about Monacology." With the aim to help promote the use of energy efficient transport in the Principality, Stars'n'Bars' Soul EV initiative is in partnership with Cavallari Motors and Kia Motors France, the second largest automobile manufacturer in South Korea and the creator of the Soul, the first urban Crossover 100% electric car sold worldwide. A representative from Kia told Monaco Life, “This partnership allows us to draw attention to this rare technology with incredible visibility and, especially, with a well known figure in Monaco.” For the third year running, Kia Motors France and Cavallari Motors are the Official Partner of EVER Monaco 2017. Visitors at the salon will be able to test drive the Kia Soul EV, the market’s first 100% electric crossover, which is meeting increasing success in France, ranking 6th among the best-selling electric vehicles in 2015 in metropolitan France. Monacology welcomes over 1000 school children each June to its weeklong Eco Village on the port.