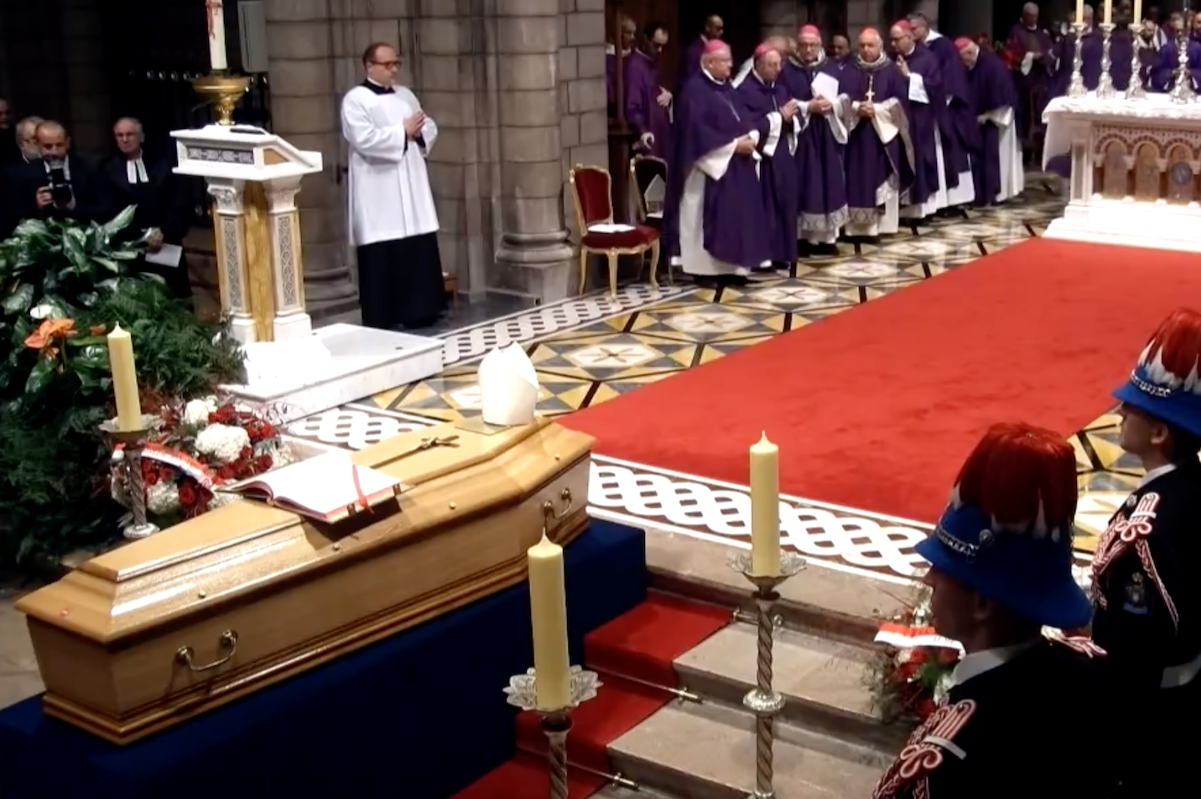 It was a solemn ceremony at the Cathedral of Monaco on Wednesday morning as Prince Albert, Princess Charlene and members of the local and wider Catholic community gathered for the funeral of Monaco’s former Archbishop of 20 years, Bernard Barsi.

Archbishop Dominique-Marie David, Barsi’s predecessor, welcomed family members and friends to the Cathedral, where they paid tribute to a “generous” and “strong” man.

Prince Albert II of Monaco was accompanied by his wife Princess Charlene, his sister Princess Caroline, and Mélanie-Antoinette de Massy, daughter of the late Elizabeth-Ann, cousin of Prince Albert.

Minister of State Pierre Dartout and other government members were also present to remember the man who had served Monaco as its Archbishop for two decades before he retired in 2020.

Bishop René Guiliano delivered the homily, in which he spoke of Archbishop Barsi as “warm” and “very human”; many recalled a man with an incredible memory, who was interested in everyone, regardless of their position in society. Bishop Guiliano concluded by highlighting Barsi’s legacy, L’Agora, a meeting place that he had championed for the faithful.

Bernard Barsi, Archbishop Emeritus of Monaco, suffered a heart attack on 24th December after delivering a mass for prison inmates. He died in hospital in Nice on 28th December aged 80 years. He now rests in the Cathedral of Monaco, where all but two of the Princely family are buried, including Prince Rainier III and Princess Grace.

Image: Taken from the Diocese de Monaco TV. You can view the full funeral service below…