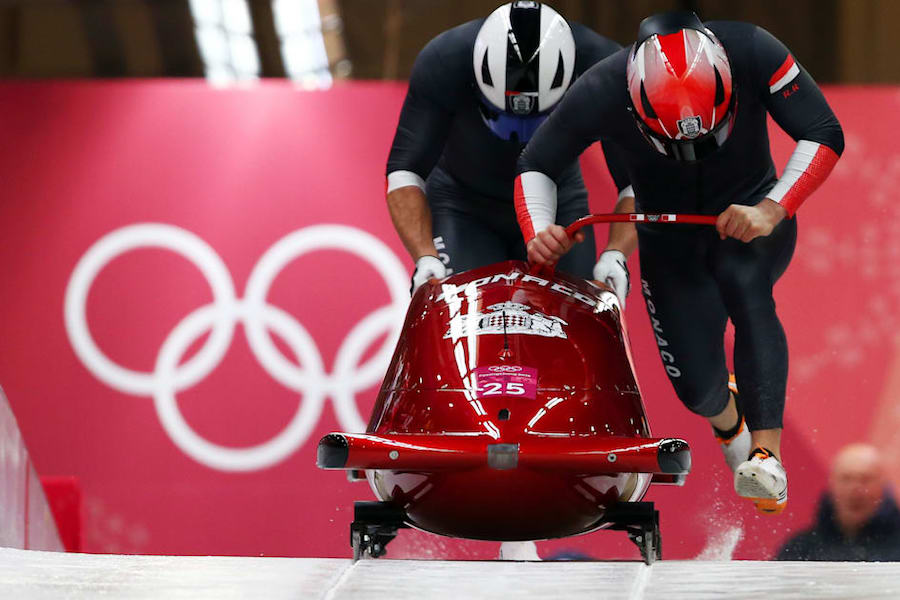 Lightning-quick, precise and consistent. Rinaldi and Vain and Anthony Rinaldi signed off in style on Tuesday, finishing just 0.51 seconds off an unlikely podium place. The team were consistent throughout, setting up an opportunity for an Olympic medal through some hard graft during Monday’s heats, leaving them right in contention.

An incredible 3rd run earlier on Tuesday left the Principality dreaming of bringing home an Olympic medal, with just 21 hundredths of a second between them and the bottom step of the podium.

On the day, Monaco were outdone by a trio of German teams, who secured a clean-sweep of the podium, Francesco Friedrich taking the gold.

Although it wasn’t to be for the Monégasque bobsleigh team, as they slipped back to sixth position in Tuesday afternoon’s final heat, the result is nonetheless the best of any Monégasque winter Olympian, whilst it is also a huge improvement on their 19th place finish in the 2018 Winter Olympics.

This latter achievement meant a lot to Rinaldi in particular. “We struggled a lot these past four years. I think we knew one day that we could fight for this. So of course, we’re happy,” he said post-race. The Monegasque bobsledder also expressed his happiness for his representative country, saying, “We’re happy for Monaco.”

Considered in its entirety, this has been an exceptional Winter Olympics for Monaco. Earlier, flag-bearer Arnaud Alessandria secured the highest finish of any Monégasque skier with his 13th place in the Men’s combined race. Rinaldi and Vain’s heroics on Tuesday ensured that these Olympics will live-long in the memory of Monégasque sporting fans.