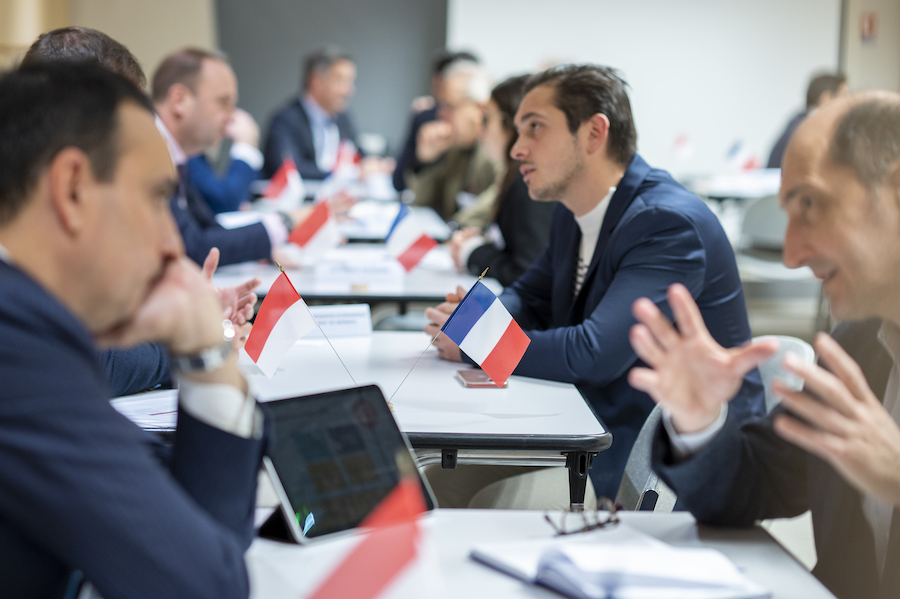 Around 20 Monegasque companies joined the Monaco Economic Board (MEB) on a recent trip to Paris for a series of business meetings, metaverse discoveries and a performance by the Monte-Carlo Opera.

The mission to the French capital from 13th to 15th December was an opportunity for MEB members to learn more about the dynamism shown by Paris in the digital sector. On the 45th floor of the Montparnasse Tower in the offices of MainBot, they were able to discover the metaverse. After a talk on Web3, blockchain, and NFTs by Chris Clavel, CEO of Monaco-based Baccana Digital Consulting, Boris Kesler Fasano, CEO of Mainbot and NFT Factory, and his team presented the Winkyverse – a utopian, immersive universe that virtually propels visitors to earth, but in 3,000 years’ time. It aims to be the first playful and educational metaverse in the world and has already raised €26 million through the sale of NFTs.

The members then headed to the famous Station F, the largest startup campus in the world created in 2017 by Xavier Niel, majority shareholder of Monaco Telecom. Located in a former 34,000m2 rail freight hall, Station F welcomes more than 1,000 startups each year and offers more than 30 support programs with the backing of prestigious investors.

The highlight of the trip was on Wednesday morning during an economic forum organised in collaboration with the Chamber of Commerce and Industry (CCI) of the Paris Ile-de-France region. After a welcome by Guillaume Rose, Executive Director General of the MEB, and Stéphane Fratacci, Director General of the Ile-de-France CCI, there were presentations of the economic assets of each territory.

To formalise the links established during the event, a partnership agreement was signed between the two chambers of commerce by Guillaume Rose and Marie-Christine Oghly, President of the International Committee of the CCI, in the presence of Valérie Bruell-Melchior, Minister of the Embassy of Monaco in France representing Ambassador Christophe Steiner.

The main aspect of the trip was played out during a session of individual business meetings which allowed Monegasque entrepreneurs to meet new targeted contacts in the French capital. More than 60 connections took place, followed by a lunch cocktail which allowed for more in depth conversations and new meetings in a relaxed atmosphere.

Finally, MEB members headed to the Théâtre des Champs-Élysées for a splendid version of Lakmé by Léo Delibes, with soprano Sabine Devieilhe accompanied by the Monte-Carlo Philharmonic Orchestra and of the Monte-Carlo Opera Choir under the direction of Stefano Visconti.

Another highlight was a dinner at the Argentinian restaurant Anahi, owned Monegasque restaurateur and entrepreneur Riccardo Giraudi, member of the MEB, in collaboration with chef Mauro Colagreco of the three-starred Miramar restaurant in Menton.

“This trip, organised with the invaluable support of the French Embassy in Monaco, revealed new avenues for collaboration between Monaco and Paris and once again confirmed the MEB’s role as a catalyst for connections and synergies,” said the MEB in a press statement. “A role that will be assured again from the start of the school year in the Principality, during an Eco Club dedicated to supporting companies in their energy transition on 16th January and during the 43rd Meeting of Members on 18th January.”