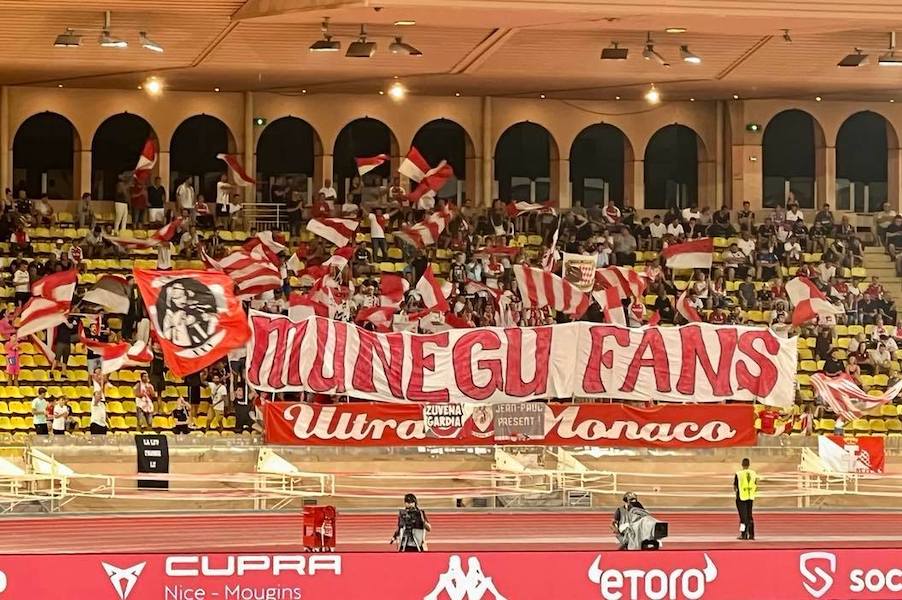 AS Monaco edged Olympique Lyonnais 2-1 at the Stade Louis II on Sunday evening to secure their third victory in the space of a week and significantly scale the Ligue 1 table.

Only a week ago, Philippe Clement’s side languished in 16th place in the Ligue 1 table, but by the end of their thrilling victory against Peter Bosz’s Lyon, they were up to seventh, and just two points behind their opponents on the night, who had enjoyed a blistering start to the season.

The context that surrounded the game makes the victory all the more impressive. Monaco were yet to win a game at the Stade Louis II this season in four attempts. Although there were admittedly mitigating circumstances for some of those results, notably some incredibly harsh red cards, the first victory of the season in front of the home fans was sorely needed.

As Clement told Monaco Life, “You mustn’t forget that this is the first time that we have played 11v11 in the championship at the Stade Louis II. I didn’t have any doubt in my mind about the fact that we hadn’t won at home.”

Preparation for the game was also difficult and put into sharp focus Sunday night’s achievement. Following their 1-0 win against Red Star Belgrade in Serbia, the team only arrived back in the Principality late on Friday and had one day to prepare.

Whilst there were some signs of fatigue in some players late-on, Monaco matched a more refreshed Lyon side’s energy.

The first-half of the tie was littered with half-chances. Lyon had their own chances, but the best fell to Monaco. Krépin Diatta hit the foot of the post with a swivelled volley and seconds later, Breel Embolo’s free header from eight yards out was straight at Anthony Lopes in the Lyon goal.

Although an entertaining game, there was a distinct lack of goals. That changed in the second-half. Monaco have greatly improved from direct set-pieces, and there was further evidence of that against Lyon.

Caio Henrique’s corner was well met by Benoît Badiashile, who had worked himself a free header and made no mistake with the finish. Monaco earned another set piece just minutes later and it was once again Henrique who found one of his centre-backs.

This time, his free-kick was met by Guillermo Maripán, who doubled Monaco’s lead. Half of Monaco’s goals this season have now come from set pieces, an area of Monaco’s game that has been under-exploited in recent times.

However, Lyon weren’t out of the game and launched a barrage on Monaco’s goal. Alexander Nübel, who had one of his finest games in a Monaco jersey had already saved brilliantly from Alexandre Lacazette and he was repeatedly called upon in the final moments.

The Bayern Munich loanee couldn’t do anything about Karl Toko Ekambi’s volley, but he secured the three points late on with a brilliant close-range stop from Moussa Dembélé, who looked destined to level the scores.

But Monaco held on to cap a perfect week. Mentally, they now look to have definitively consigned their Champions League play-off defeat to the past and their rapid ascent up the table is a manifestation of that. They next face Ferencvaros in Monaco on Thursday before travelling to Reims on Sunday. 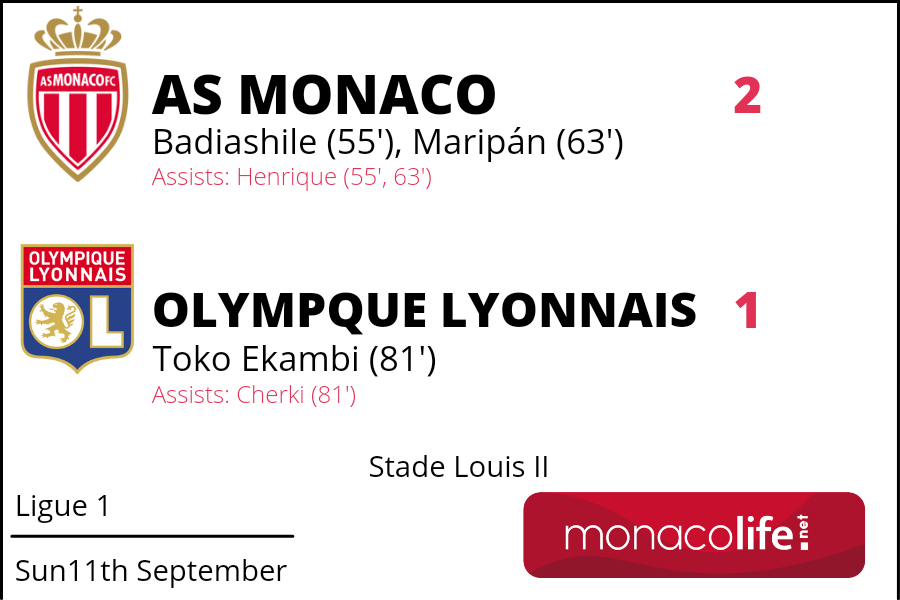