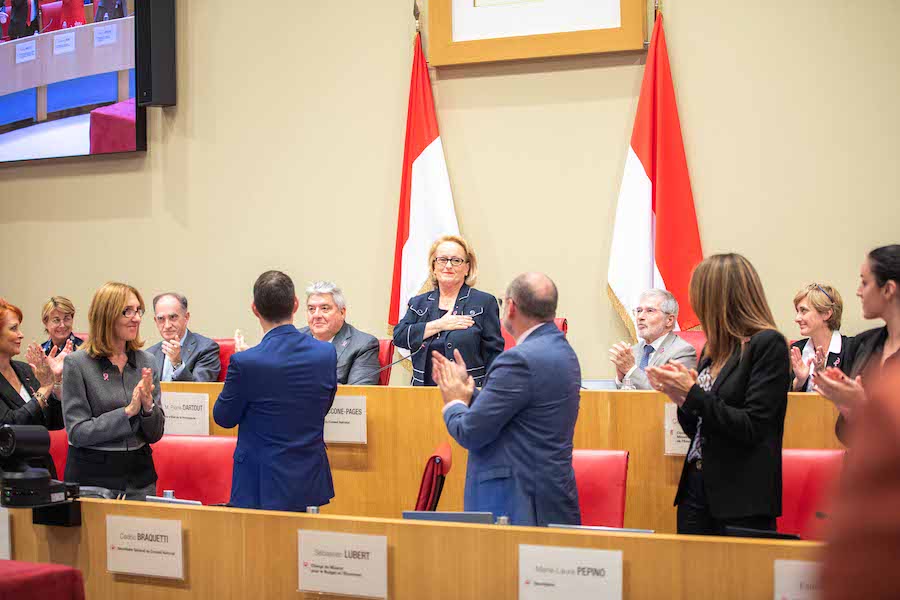 As part of the International Day of the Girl, over 20 Monaco high school students will visit the National Council on 11­th October to meet the new president and other female members of parliament, and learn more about the role and importance of women in politics.

Monaco-based association SheCanHeCan has been collaborating with the National Council of Monaco since 2017 to raise awareness about the role of women in politics.

In visiting the Council on 11th October, the students will be encouraged to learn from elected female MPs about their experiences and specifically the challenges they face.

They will be welcomed by Brigitte Boccones-Pages, the first female President of the Conseil National, and Nathalie Amoratti-Blanc, President of the Commission for the Rights of Women and Family, as well as other key officials including Commissioner in charge of Education, Youth and Sports Isabelle Bonnal, and Interministerial Delegate in charge of Women’s Rights in Monaco Celine Cottalorda. Once again, several elected officials from the Mairie will also take part in the event.

The female students will have the unique opportunity to ask questions, and exchange and share their ideas about the role of women in politics. They will also learn more about the role and history of the National Council, as well as the history and challenges faced by female politicians globally.

The International Day of the Girl, declared by the United Nations in 2011, aims to raise awareness about the specific challenges faced by girls. Since 2014, SheCanHeCan has organised numerous events to mark the day, from movie screenings to art exhibitions and, since 2017, this collaboration with the Conseil National to bring students to visit their local parliament.

The 2022 international theme is ‘Our time is now: our rights, our future’ and, says Vibeke Thomsen, founder of SheCanHeCan, “it is crucial to call on elected officials to address factors which might still hold girls back in their countries and to call on all officials to make the targeted investments to tackle inequalities still experienced by girls”.

SheCanHeCan is a Monegasque association created in 2011 which aims to support girls to take up leadership roles and encourages all individuals to realise their full potential, independent of their gender and other social identities.