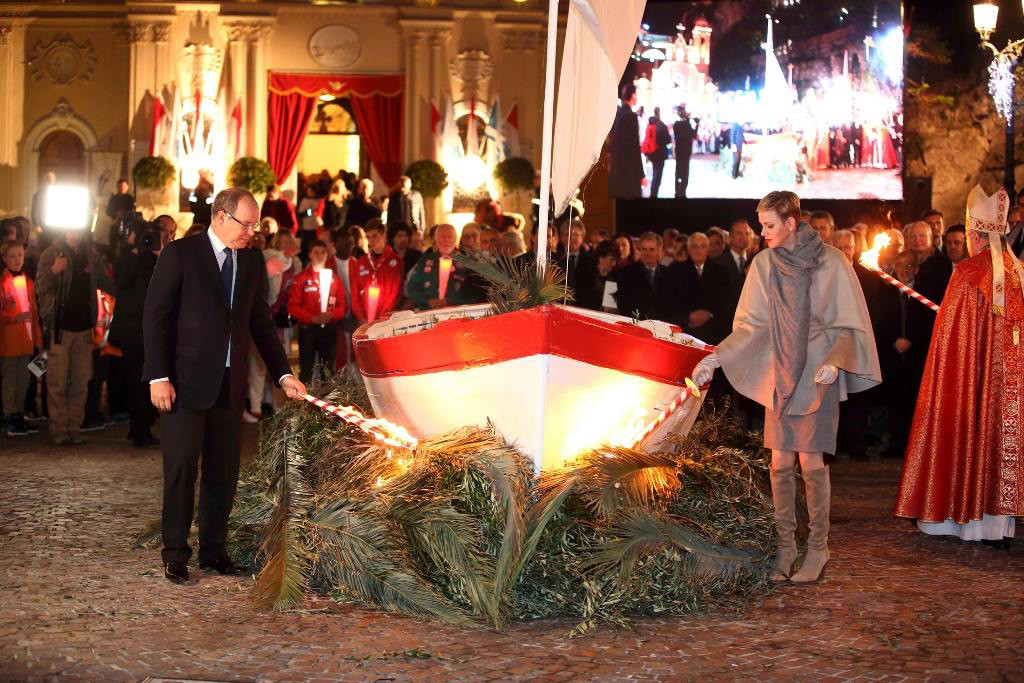 As one of the oldest traditions of the Principality, the marking of the saint’s day has permeated Monaco’s national culture in fields as diverse as religion, folklore, popular beliefs, history, literature, arts, painting, music, numismatics and philately.

The legend of Saint Devote stems from a medieval document, and is a tradition holding a very special place in the heart of Monegasques and permanently attested to over the centuries in the history of the city.

According to the legend, Devota (Devote), a young Christian native of Corsica, was martyred by the prefect Barbarus under the Emperors Diocletian and Maximian on a date that could be 303 or 304. Her body, stolen the following night by the faithful, was put in a boat, brought to Monaco and buried in a chapel of the valley called “Gaumates”, near the port, on January 27 of the same year.

Under Honoré II, in the seventeenth century, Sainte Devote became patron saint of Monaco. The tradition has been celebrated every year since 1874: as the most significant part of the reeanactment, a small boat is burned in the presence of the Sovereign and the Princely Family, accompanied by Monegasque personalities. Once the boat is burned, a fireworks display is held at Port Hercule.

On January 27, the feast day, a solemn Mass is celebrated in the Cathedral by the Archbishop of the Diocese. The Princely Family, the Prince’s Government, the elected assemblies and the constituted bodies as well as many faithful attend this ceremony. A procession takes the direction of the Prince’s Palace with the shrine containing the relics escorted by the Carabiniers du Prince. 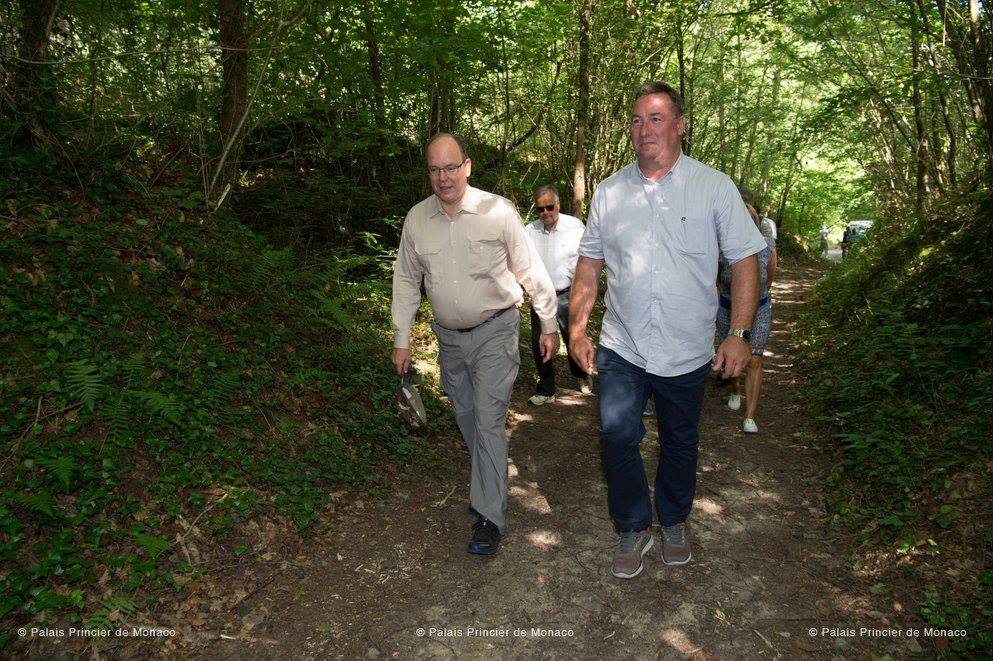 On Tuesday, July 18, as part of his travels related to the First World War centenary, Prince Albert II visited Côté 186 in the commune of Cormicy in the French department of Marne. The Sovereign stopped at the observation point of the French frontline on the German border, not far from the famous "Chemin des Dames" where three battles were fought.

This battleground had been visited by his great-great-grandfather Prince Albert I on August 9, 1916, accompanied by his son, Hereditary Prince Louis II, then enlisted in the French Army, a liaison officer of the Fifth Army, who controlled this territory. 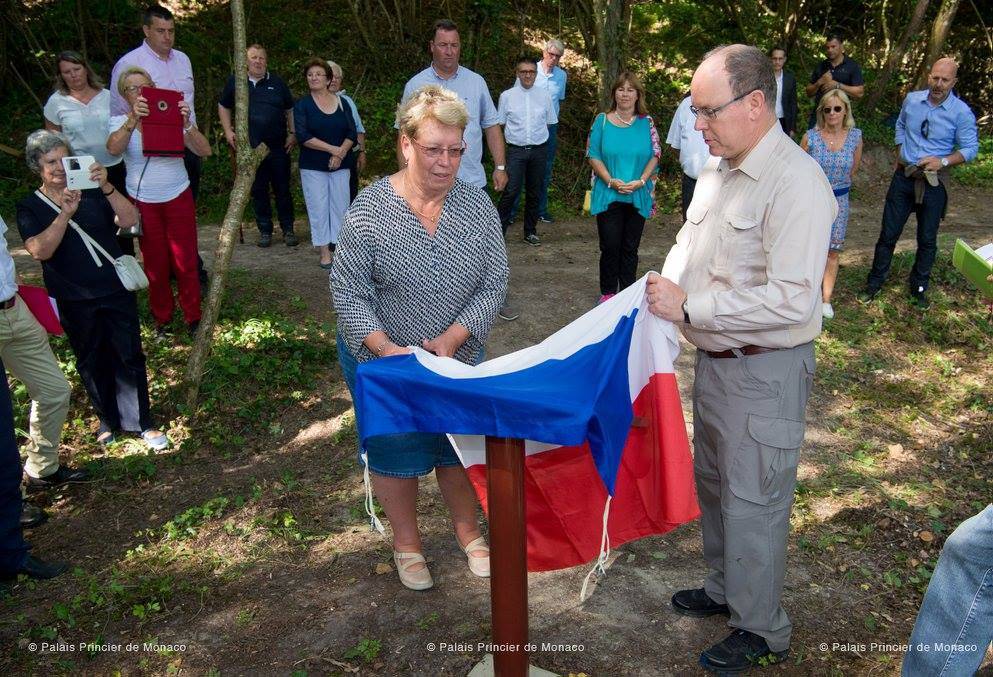 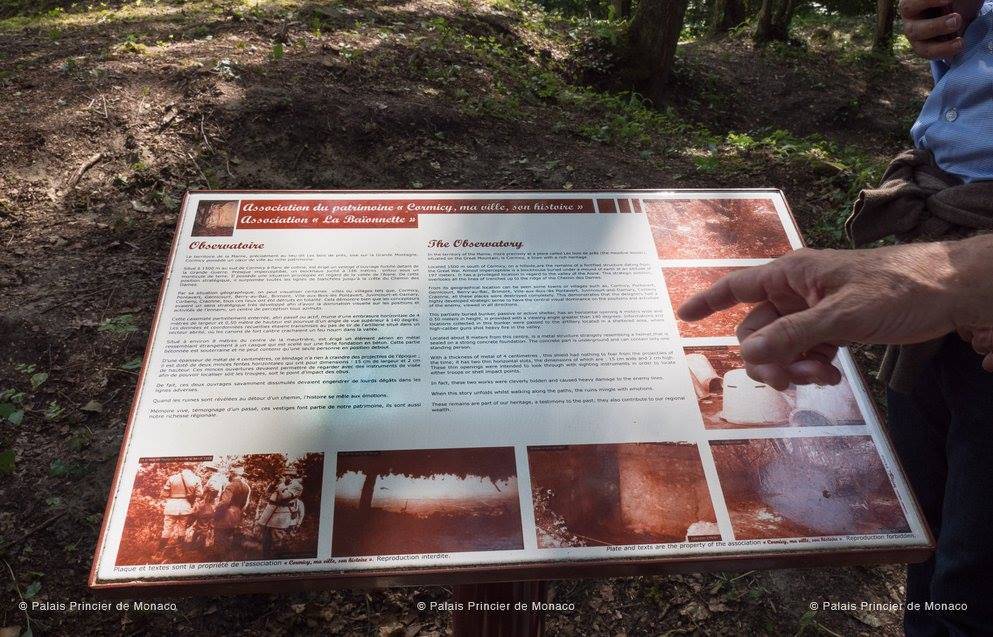 In the company of Dominique Decaudin, Mayor of Cormicy, Prince Albert II climbed several hundred meters of elevation to reach this strategic location, where there remains a casemate, in the middle of a forest still scarred by bombings.

On this occasion the prince unveiled a pupitre, a commemorative stand, which was dedicated on the initiative of the Association "Cormicy ma ville, son histoire" (My city, its history). 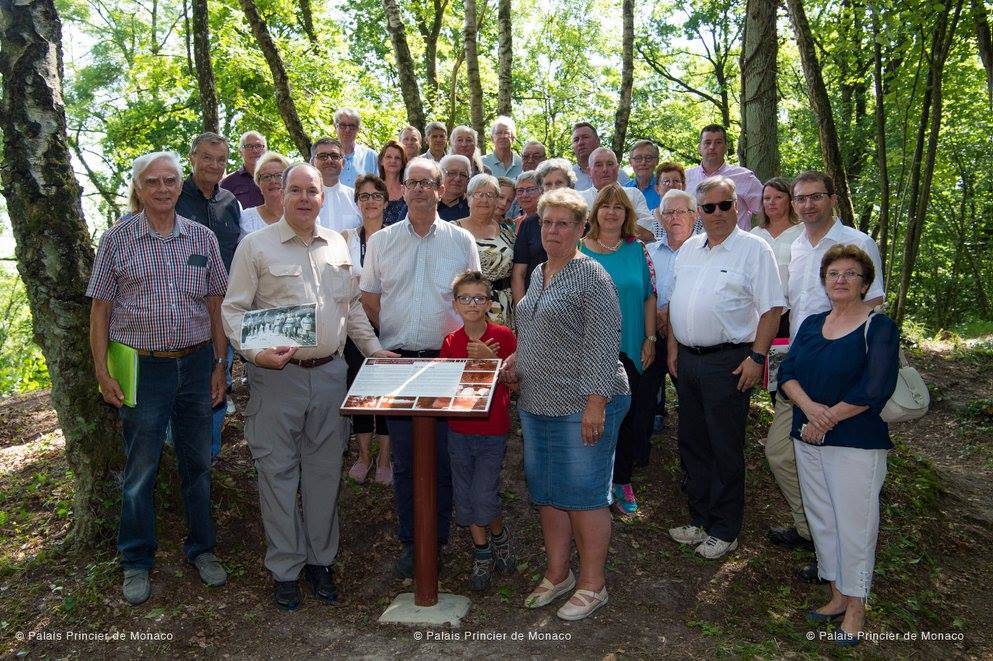 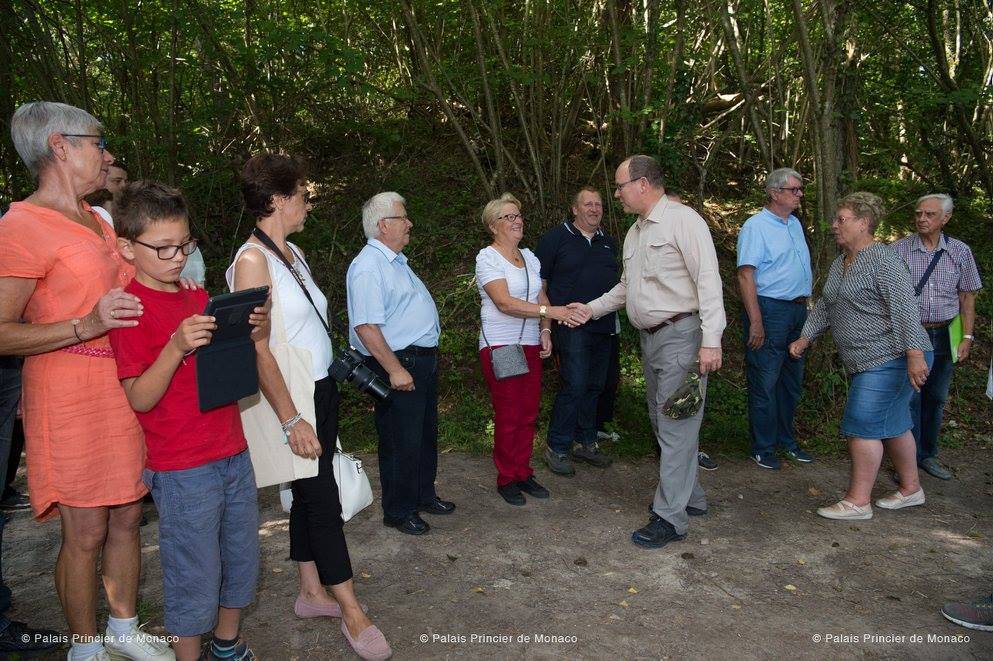 Local News Staff Writer - April 30, 2016
The International Emerging Film Talent Association (IEFTA) is celebrating its 10th anniversary in 2016 with a series of events in Monaco and at the Cannes Film Festival. The IEFTA is a Monaco-based association which helps young people in developing countries to succeed in the world of film making, teaching technical skills as well as bringing African film makers to the Cannes Festival each year. On May 10 MonacoUSA will host a special Red Carpet Party to honour IEFTA, featuring photocalls, live red carpet interviews and paparazzi. There is no entrance fee. It all starts at 18:00 on the Stardeck at Stars’n’Bars and all nationalities are welcome. During the Cannes Film Festival, the IEFTA in collaboration with the United Nations High Commissioner for Refugees and the Marché Du Film, will host Refugee Voices in Film, an all-day event, which explores the ways broadcasters, humanitarian agencies and filmmakers - some of whom are refugees themselves - engage and portray refugees and their plight. IEFTA co-founder Marco Orsini will showcase some of these films at the MonacoUSA event on May 10.