Monaco’s musicians were welcomed in Monaco City Hall to celebrate the Feast of Saint Cecilia, which is celebrated in the Principality on the Sunday following National Day, November 19. A mass in the Cathedral preceded a procession through Monaco Ville of the Principality’s musicians.

It was during the fifth century that the popularity of Saint Cecilia began to develop in Rome, when her name appears in the prayers of the Mass. According to Don Lanciarez, a parish priest of Monaco in the eighteenth century, the Saint was the “patroness of musicians” in Monaco, but there is no documented evidence of a particular cult around the Saint.

A certain solemnity to the Feast was given in Monaco when the priest-composer Louis-Lazare Perruchot created the Choir of the Cathedral in 1930, and Sainte Cecilia remains the Patron Saint for the Principality’s musicians and musicians.

A statuette commemorating the Saint by the artist Zagone sits at the corner of rue Emile de Loth and the Church.

Christmas lights turned on in Monaco 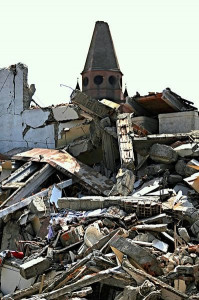 As the death toll continues to rise in the aftermath of the earthquake that devastated a swathe of central Italy early on Wednesday, Matteo Renzi, the Italian Prime Minister, thanked rescue workers for their efforts in recovering dozens of people from the rubble.

“At moments of trouble, Italy knows how to cope. No family, no city, no hamlet will be left alone,” he said. By Wednesday evening the death toll had risen to at almost 250 people. The 6.2 magnitude quake sent residents fleeing their homes and running into the streets. A family of four were also trapped under the rubble and showing no signs of life.

The Wednesday morning earthquake is the latest in a string of deadly seismic events to strike Italy in the past four decades. The Mediterranean nation is particularly prone to earthquakes for a mix of geographical reasons, Jennifer Weston, a seismologist with the International Seismological Centre in England, told Mashable.

Italy and its neighbouring countries sit at the spot where the Eurasia and Africa (or Nubia) tectonic plates collide. “They’re just pushing up against each other all the time,” Weston said in a phone interview.

The boot-shaped nation also sits west of the Tyrrhenian basin, a sedimentary basin in the Mediterranean Sea that is an opening. To Italy’s east, the Adria microplate is slipping beneath Eurasia and the Apennines Mountains. “All this movement leads to energy being stored up in the crust, and eventually that’s going to be released,” Weston said. “Earthquakes are just this releasing of energy that’s been built up.”

Italy’s earthquakes are particularly devastating for another reason: topography. In mountainous areas like Norcia – the epicentre of Wednesday’s earthquake – communities are built along steep slopes. Shaking from earthquakes can cause landslides, sending homes and construction tumbling into valleys, resulting in higher damages and death tolls compared with flatter parts of the world, Weston said.

In April 2009, a 6.3-magnitude earthquake near the town of L’Aquila, about 30 miles south of Wednesday’s event, killed nearly 300 people, injured more than 1,000 others and left at least 55,000 people homeless. The region’s largest earthquake recorded by scientific instruments – and its deadliest – was a 6.7-magnitude earthquake in 1915. The event killed around 32,000 people in and around the city of Avezzano.

This time, one of the villages with a few hundred residents, Pescara del Tronto, appears to have been wiped from the map, according to early images. 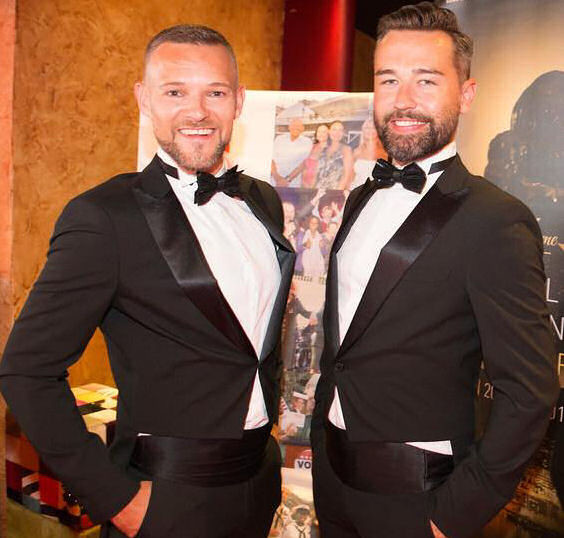 Matt Firth and Paul Spicer Photo: Mike Colquhoun[/caption] Stage Acts Entertainment is teaming up with the International School of Monaco (ISM) to bring a piece of London’s West End to Monte Carlo. Award-winning producers Paul Spicer and Matt Firth will create a weeklong course in musical theatre at ISM running from July 10 until July 14. The workshop features a specially selected team of practitioners from London’s theatreland, offering the students a chance to work on material from hit musicals – and with cast members from the actual shows – including Mamma Mia!, Footloose, Hairspray, School of Rock, Legally Blonde and Fame. The course is open to students at ISM between the ages of 8 and 18 to allows them to work closely with performers, directors, choreographers and producers, inspiring each individual to become the best that they can be at this very specific style of performance, while also providing incomparable opportunities to strengthen confidence and improve on all manner of performance and communication skills. Students will also work closely with Leanne Harwood, who has extensive experience in film, TV and musical theatre. Leanne trained at Guildford School of Acting and her credits include The Crown (Netflix) the West End revival of La Cage Aux Folles starring Graham Norton, UK tours of Grease & Footloose, the international tour of Mamma Mia! and, most recently, Theatre Royal Stratford East’s acclaimed production of Oh, What A Lovely War! starring Caroline Quentin. Workshops include sessions in the three major disciplines of acting, singing and dancing. The sessions will be spent working in detail on material lifted directly from many smash-hit musicals. Both Paul Spicer and Matt Firth began their careers appearing in West End musicals, Avenue Q, Mamma Mia!, The Witches of Eastwick, Sweeney Todd and The Last 5 Years to name but a few. Having spent 20 years based in London, their production company Stage Acts Entertainment relocated to the South of France. For more information visit the website or call Paul Spicer on +33 9 50 74 98 89.