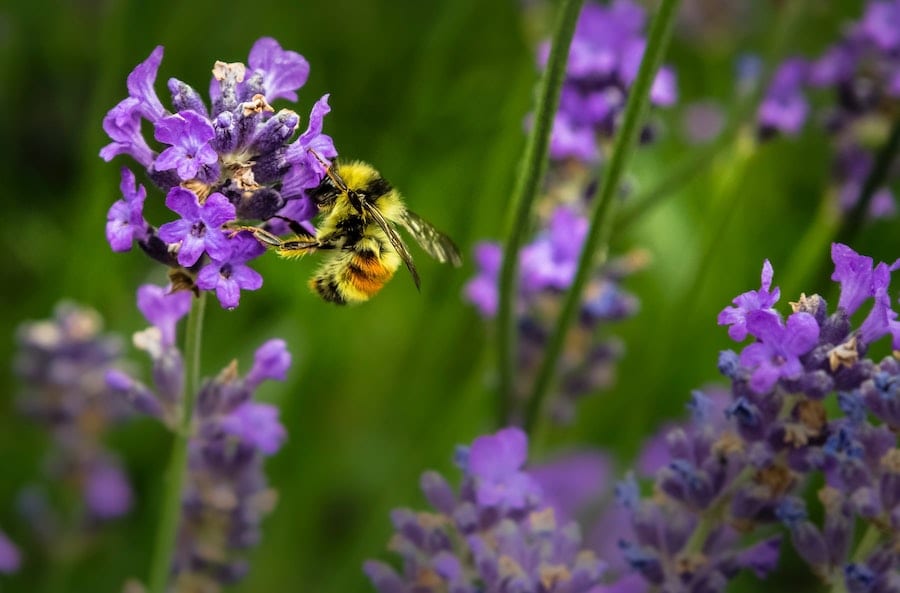 The United Nations designated 20th May as World Bee Day and in honour of our little pollinating pals, Monaco has revealed the secrets of its “pollinator hotels”.
Since 2013, the Principality, in association with the French National Forestry Office (ONF), has been monitoring pollinator “hotels”. Six such hotels were set up in 2020 in the area between Monaco and Mount Agel and were observed between March and September by an ONF technician.
Each hotel was inspected during the visits and samples of visiting insects were captured and sent to the Office for Insects and their Environment for scientific analysis.
Last year’s special circumstances made it impossible to carry out all the surveys intended, notably at the bee hotel located in Saint Martin Gardens, but nonetheless, results have been encouraging.
Some of the findings from 2020 include the presence of 18 species of bees, nine species of spheciform wasps and one species of vespoid wasp. The local domestic species of bee, Apis Mellifera, was not part of the survey, as they do not use this type of habitat.
Wild, or solitary, bees, of which more than a thousand species are known to exist, are different from domestic bees in the way they organise and the fact that they do not produce honey. Wild bees are primarily solitary creatures and do not follow a queen. They stick close to their food sources and have a range of a mere 10 metres.
The bees spotted at the hotels are not honey-makers, either. They are more collectors, who mix pollen with nectar to form tiny balls of food that are stored for future bees. These bees live less than one year and usually die in winter after they lay their eggs. They are also not aggressive to humans and over half of them do not even possess a stinger.
Bees’ quiet work helps maintain biodiversity in plants and agriculture, though it is a delicate balance. Some bees pollinate a single plant, and if that plant disappears, so do the bees.
At the insect hotel in the Saint Martin Gardens, there was a high occupancy rate in drilled logs. The presence of a small wasp (Trypoxylon kolazyi) from southern Europe, which had not previously been reported in the Alpes Maritimes/Monaco area, was observed for the second time. This wasp makes its nest in various cavities but never digs holes itself. It captures and paralyses its prey, which consists mainly of immature spiders, to feed the young in its nest.


Photo by Jenna Lee on Unsplash