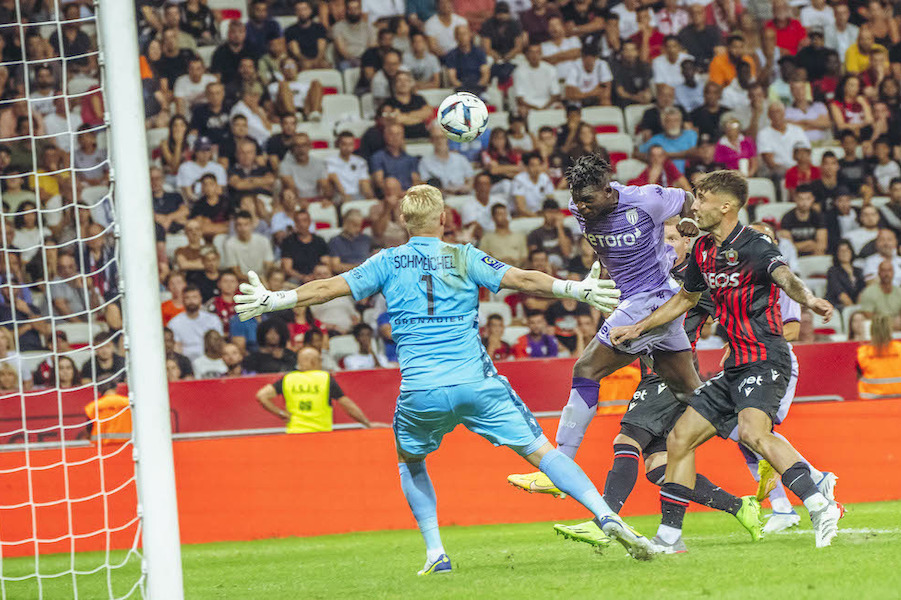 AS Monaco edged a tight, tactical battle at the Allianz Riviera on Sunday thanks to a Breel Embolo header, which was enough to beat fierce local rivals OGC Nice.

Only goal difference separated the two sides going into the local derby. Although both sides have struggled for form at the beginning of the season, Nice came into the match off the back of an impressive win away at Lille, whilst Monaco arrived having lost at home to ESTAC Troyes in their previous match.

The first-half evidenced a lack of confidence in both sides. The battle was tactically intriguing, although sorely lacking in exciting goalmouth action. Youcef Atal had Nice’s best chance, but he could only shoot straight at Alexander Nübel from around 18 yards out.

Monaco had their half-chances too. The strength of the Monégasuqes game, in the first-half at least, was based on a solid, well-organised defence, but in attack, Aleksandr Golovin was Philippe Clement’s side’s most creative outlet.

After a neat one-two with Embolo, Golovin found himself in on goal, albeit at a tight angle, and he couldn’t force Kasper Schmeichel into a save, with his shot whistling just wide.

The second-half, although more exciting than the first, still offered little entertainment for the neutral. In a game of few chances, it is the most clinical side that wins, and on this occasion, it was Monaco.

Caio Henrique, with the game’s standout moment of quality delivered a sumptuous ball right onto the head of Embolo, who made no mistake from close range. Thereafter, Monaco were untroubled, as Nice offered little in the offensive phases. As manager Lucien Favre damningly assessed post-match: “We were bad with the ball and we were bad without it.”

Monaco therefore took the narrow but deserved victory and celebrated with the 400+ Monaco fans that made the short journey down the coast. The three points sends Monaco 10th in the table, whilst Nice languish down in 16th.

Clement told Monaco Life post-match that the win will give his side a boost. “Winning here gives us a lot of confidence, especially since we know the importance for the players, the club, the management and the fans, of winning this derby. It’s good and we need to back it up now on Thursday.”

Clement’s side face another tough challenge midweek as they make the trip to Belgrade to face Red Star in their Europa League opener. A hostile atmosphere awaits them, but their latest victory will fill them with confidence. 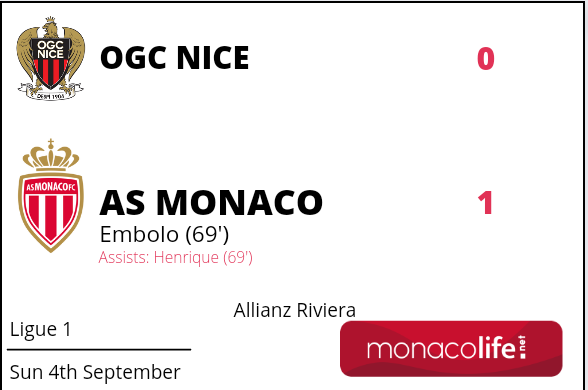