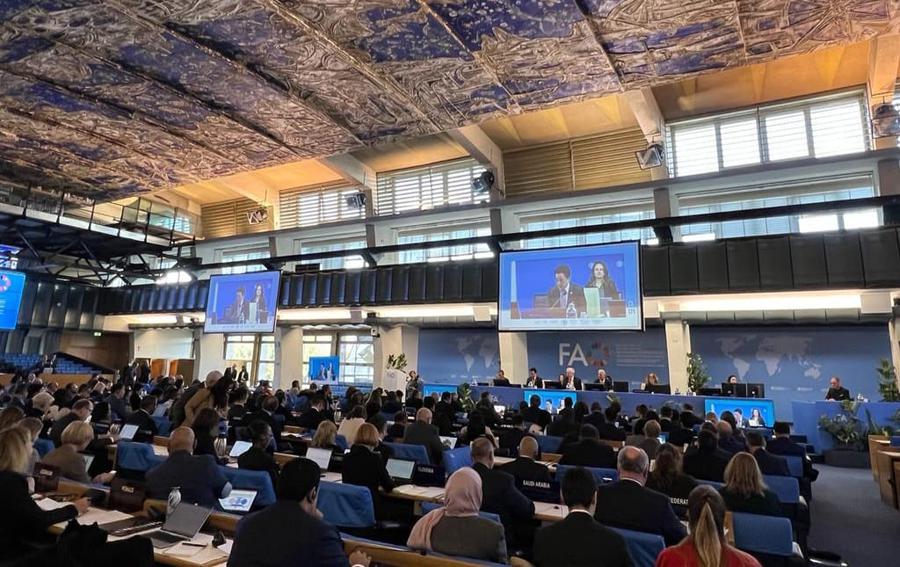 The Principality of Monaco has allied itself with 40 other nations to co-sponsor an update to the UN Food and Agriculture Organisation’s mandate in managing the food scarcity crisis borne of the Ukraine-Russia war.

Monaco recently attended the 171st meeting of the Food and Agriculture Organisation of the United Nations (FAO) that was held in Rome from 5th to 9th December. The Principality’s participation – represented by Anne Eastwood, Monaco’s Ambassador to Italy, and permanent representatives to the UN, Karine Lemon-Médecin and Christelle Revel – was in the role of observer, as it does not currently sit on the council.

Nevertheless, Monaco played a key role in one of the most important moments to come out of the session: the adoption of a key decision made in response to the far-reaching effects of the war in Ukraine on food, fertiliser and energy supplies.

The Principality was a co-sponsor, alongside 40 other states, of a proposal to increase the FAO’s actions on a multinational level. Among the changes were a request for the FAO to update its member quarterly on the food scarcity situation and for its continued “political and technical support for sustaining the Black Sea Grain Initiative”.

This latest proposal is part of an action plan that was set in motion following an emergency meeting of the FAO back in April 2022. At the time, Monaco and 80 other signatories asked the FAO to present short, medium and long-term plans to address the food security challenges brought on by Russia’s invasion of Ukraine.

Other issues tabled included the challenges faced to the global food market due to the Covid pandemic and affiliated global economic downturn. Members further discussed and acknowledged the importance of managing water resources as a safeguard of food security and climate resilience, with the recommendation to include this issue as an agenda item at the FAO Conference that will be held in July 2023.

The conclusion of the session was marked by the adoption of a report outlining key priorities and recommendations related to food security, which will guide the ongoing work of the FAO.