Monaco comes to the aid of drought-stricken Madagascar

Monaco comes to the aid of drought-stricken Madagascar 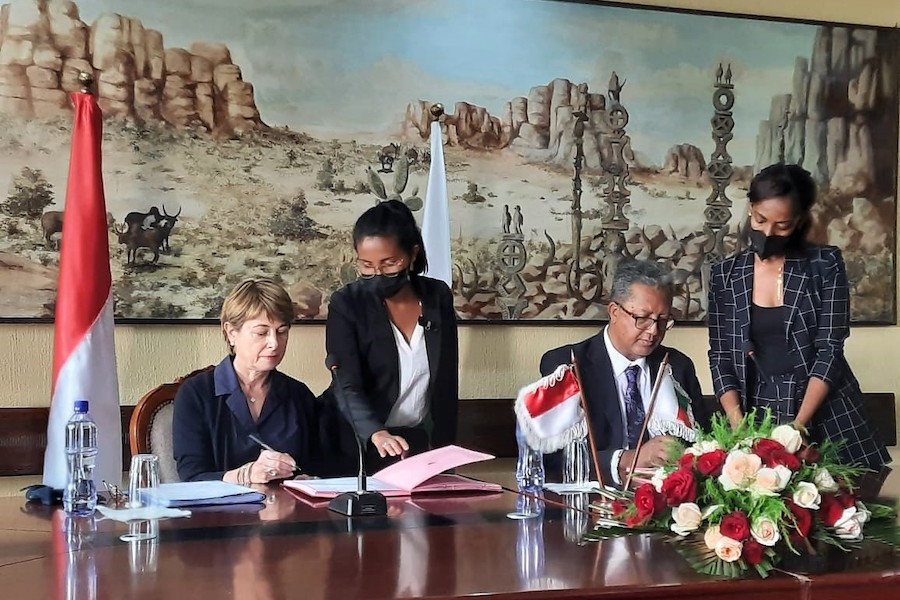 Building on two decades of support, Monaco has signed a new cooperation agreement with Madagascar that will help support the country during its worst drought in four decades.

Monaco’s Minister of Foreign Affairs and Cooperation Isabelle Berro-Amadeï is currently on an official working visit to Madagascar until 2nd March, strengthening the Principality’s 20-year support for the island through projects that include access to decent work, education and child protection, food security and health.

Attention has now shifted to the drought that has caused unprecedented famine in the southern region of the island for two consecutive years, propelling more than 1.3 million people in a situation of food insecurity.

According the government, the signing of this cooperation agreement by Isabelle Berro-Amadeï and her Malagasy counterpart Richard Randriamandrato “testifies to the commitment of the Prince’s Government to remain at the side of the Madagascar people”.

“The Principality of Monaco has never ceased, even in times of crisis, to support its Malagasy partners,” said Minister Berro-Amadeï. “It intends, by signing this Framework Agreement, to ensure its unwavering support of the Malagasy State in the implementation of its national policies, to meet the challenges of the country, which is facing an unprecedented multidimensional crisis – climate, food, health and social.”

Meanwhile, the Sectoral Agreement in the field of health was also renewed by Ms. Berro-Amadeï and the Malagasy Minister of Public Health, Professor Zely Arivelo Randriamanantany, at the National Centre for the Fight against Malaria, in Antananarivo.

Bilateral cooperation between Madagascar and Monaco was initiated in 2000, with a Consulate in Monaco to Madagascar inaugurated in 2002, and two permanent staff on site in the country to ensure the coordination of programs.

Since 2009, more than €20 million of Official Development Assistance has been allocated by Monaco to contribute to the socio-economic development of Madagascar, ranked 8th out of 180 countries most vulnerable to the effects of climate change.