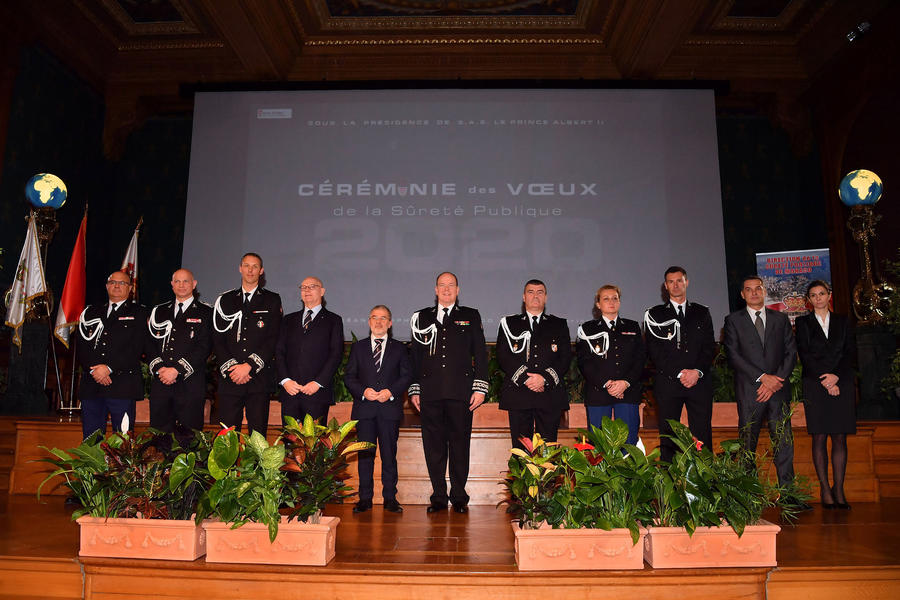 General crime rates in the Principality dropped by a significant 16% between the years 2016 and 2019, and street crime by an impressive 52%, according to the latest reports from the Monaco Public Safety Department (DSP).
Patrice Cellario, Minister of the Interior, announced this week at the annual gathering of the Public Safety Department the accomplishments of the department over the past few years, as well as the plans for the upcoming year.
During the single year of 2018 to 2019, overall crimes committed in the Principality went down from 936 to 889, and street crimes went from 121 to 90, figures Mr Cellario attributes to the effectiveness and diligence of the Public Safety Department.
He expects to see this trend continue in 2020 with the implementation of new projects, including a drone interception unit, additional means for the protection of the Principality’s most vulnerable citizens, the IT overhaul of the resident’s section, adding additional space to the DSP and the creation of the Living Environment Preservation Unit (UPCV) which will be made up of 10 new agents.
HSH Prince Albert II, who also attended the ceremony, said: “Everything is won every day. Together, we will persist, in vigilance and rigor, in strengthening the security of this haven of tranquillity that is the Principality of Monaco.”
In addition, the Sovereign Prince also awarded a badge of exceptional service to Agent Frédéric Maglott, for providing first response assistance to a person suffering a cardiac incident at the Monaco station.