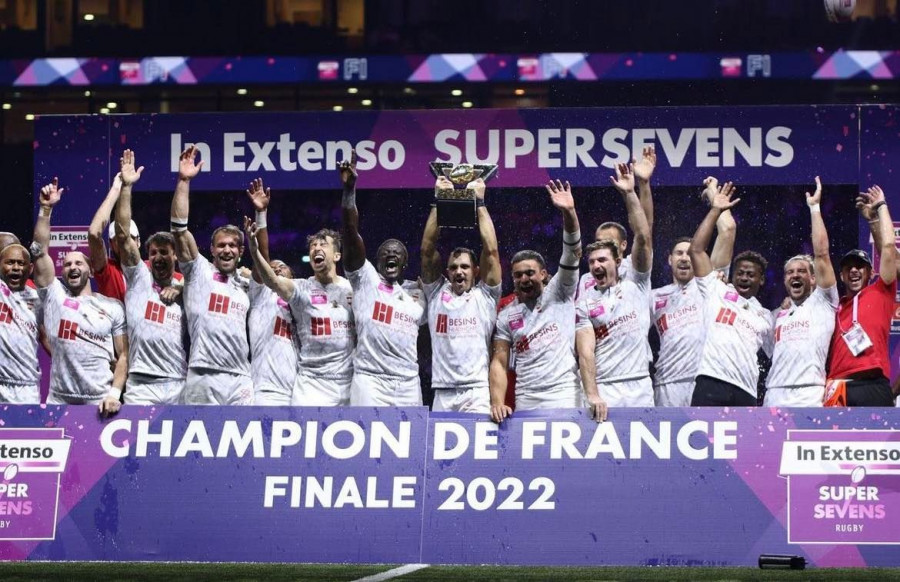 Monaco Rugby Sevens were crowned Champions of France on Saturday, beating Section Paloise 24-14 to secure the biggest title in the club’s history following a dominant campaign.

This always looked like Monaco’s year. The Principality side narrowly lost to the Barbarians in Paris last year, but having won two of the three stages on their way to this year’s grand finale, they looked primed to make up for that agonising defeat.

Jérémy Aicardi’s men made light work of La Rochelle in their opening match in the La Défense Arena in Paris (25-12). Whilst Stade Français provided a sterner test in the semi-final, their place in the final never looked in doubt. In Section Paloise, Monaco was coming up against the only team that came close to matching their level in the previous qualifying stages.

However, the Monégasques were dominant, and maintained a firm grasp on the tie from start to finish. Tries from Tom Mitchell and Jonas Mikalcius gave Monaco a comfortable half-time lead (12-0). Whilst Paloise came into the game in the second half, they could never close the gap to their rivals.

Monaco, at their fourth attempt, were finally crowned champions of France.