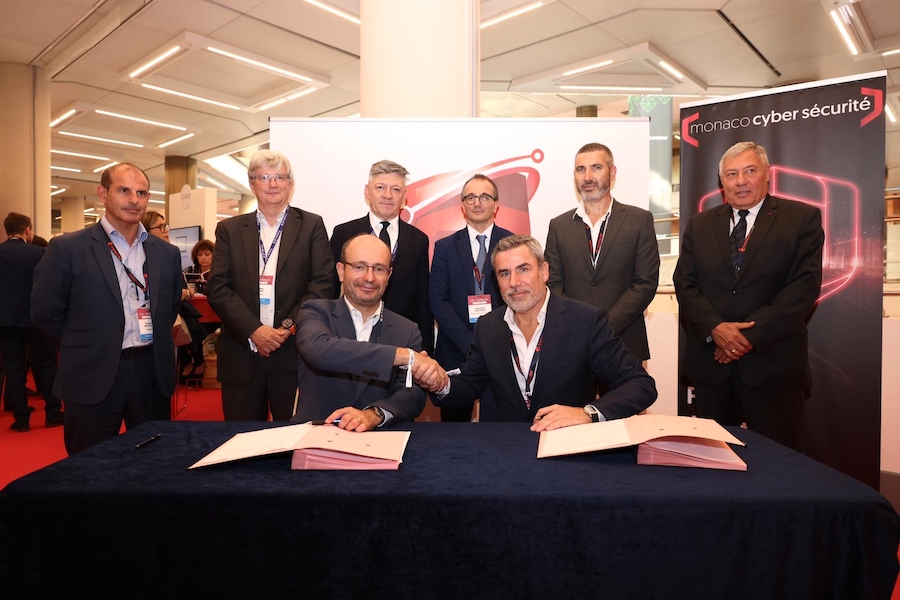 Les Assises, the cyber security event at the Grimaldi Forum, has produced a new collaboration between Monaco Cyber Security and French firm Thales, boosting the rapid response capabilities of the government and local businesses.

Cybercrime is on the rise and it shows no sign of abating. Studies reveal that up to 88% of organisations around the globe suffered phishing attempts in 2020, and data breaches by unprepared companies and individuals affect billions of consumers.

In the Principality, threats to data occur on a regular basis, and in response, Monaco Cyber Security (MCS) was born to support businesses by increasing their defences against new and increasingly sophisticated cyber-attacks.

Now they are joining forces with Thales, a global leader in cybersecurity and data protection, giving Monaco and other Europe-based companies stronger tools to fight threats.

“Thales is proud to announce this flagship partnership with Monaco Cyber Sécurité, which will bring the very best in cyber incident response to customers in the Principality and beyond,” said Pierre-Yves Jolivet, Vice-President, Cyber Defence Solutions at Thales. “By pooling our expertise and shortening response times, we will provide businesses and government organisations with the capabilities they need.”

“Monaco Cyber Security welcomes this major partnership with Thales, which will allow us to expand our services across the board – from consultancy and prevention, through to incident detection, response and remediation. Our independence and agility perfectly complement Thales’s strength and experience as a world leader in the industry,” adds Anthony Boira, Chief Executive Officer of Monaco Cyber Security.

The united entities will seek out indicators of compromise and employs digital forensics techniques to help address and resolve security incidents, providing an end-to-end solution for organizations looking to bolster their cyber defences and keep response times to a minimum.