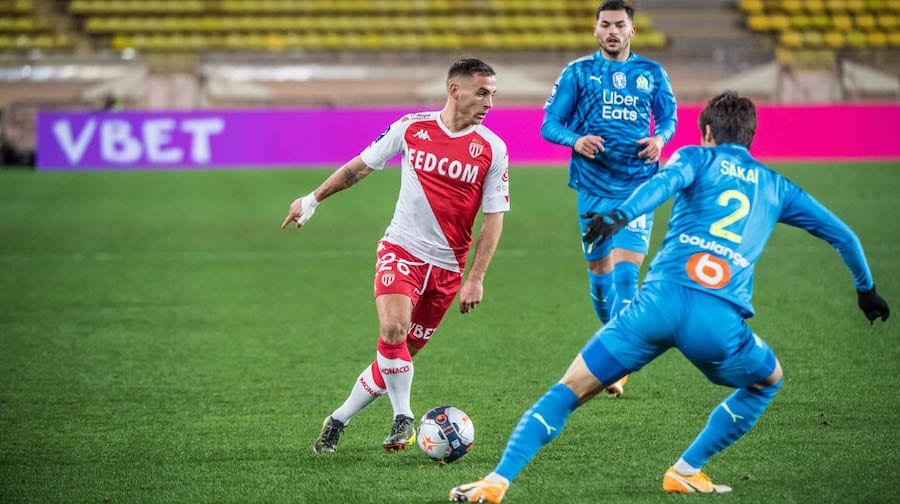 AS Monaco went up against Grenoble Foot 38 on Wednesday afternoon in a French Cup match that saw them beat their opponent 0-1 at Stade des Alpes.
It was another victory for the Red and Whites after they took on Ligue 2’s third place contender Grenoble Foot 38.
Coach Niko Kovac used this game to rotate players not much seen this season, giving them a chance to show their stuff on the pitch. They did not disappoint. Monaco was up against Grenoble goalkeeper, Esteban Salles, who made some excellent blocks, keeping the score low.
“The Coupe de France is another competition, but I like this kind of match because in the past in Germany I reached the final three times, winning twice,” said Coach Kovac. “It’s a competition I care about. It’s also a good opportunity to get the team rotated and for the players who usually play a little less to show me their qualities. I have said it in the past, we are lucky to have a very good team and quality on the bench. We want to give everyone the opportunity to play — that’s normal.”
Monaco, who is undefeated since 18th December, can say without sounding boastful that they are on a roll. Despite the nail-biting finish to the Grenoble game, they played well as a team and must now keep up the momentum as they face Lorient at home at Stade Louis II this weekend.