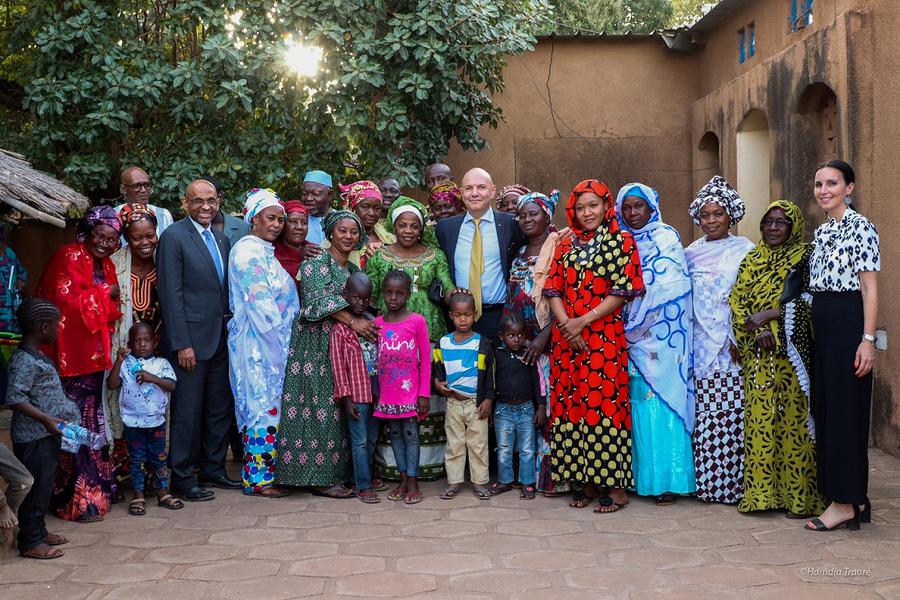 A delegation from Monaco has visited the African nation of Mali where health, education and civil protection topped the agenda.
Laurent Anselmi, the Minister for External Relations and Cooperation, led a Monegasque delegation to the landlocked, French-speaking country where they met with Malian officials and the Monegasque Cooperation partners.
Michel Sidibe, Mali’s Minister of Health and Social Affairs, joined Mr Anselmi for a sanctioned signing of two Memoranda of Understanding regarding the fight against sickle cell anaemia in the region.
The disease strikes people of African descent and affects millions. In fact, it is the world’s leading genetically transferred disease and can increase risks of stroke, cause delayed growth, affect vision and lead to painful episodes that see swelling in hands and feet as well as in bones, joints, chest and abdomen.
In addition to the memo signing, the delegation attended formal meetings and field visits. These gave the two sides a chance to speak about the various partnerships that Monaco and Mali enjoy together in the fields of civil protection, health, education and socio-economic integration practices.
Equipment was also delivered to the National School of Civil Protection in Bamako, and a renewal of the partnership with the Food and Agriculture Organisation of the United Nations, aimed at strengthening security food in northern Mali, were also on the agenda.
Finally, Laurent Anselmi participated alongside the former Malian head of state, Amadou Toumani Touré, president of the Children’s Foundation, to inaugurate the Mali-Monaco-SHARE cardiac catheterisation unit of the Mother-Child Hospital of Bamako.
Monaco and Mali have had formal relations since 2006.
Photo: Laurent Anselmi, Government Advisor-Minister of External Relations and Cooperation visiting SOS Children’s Village Mali © Hamdia Traoéré