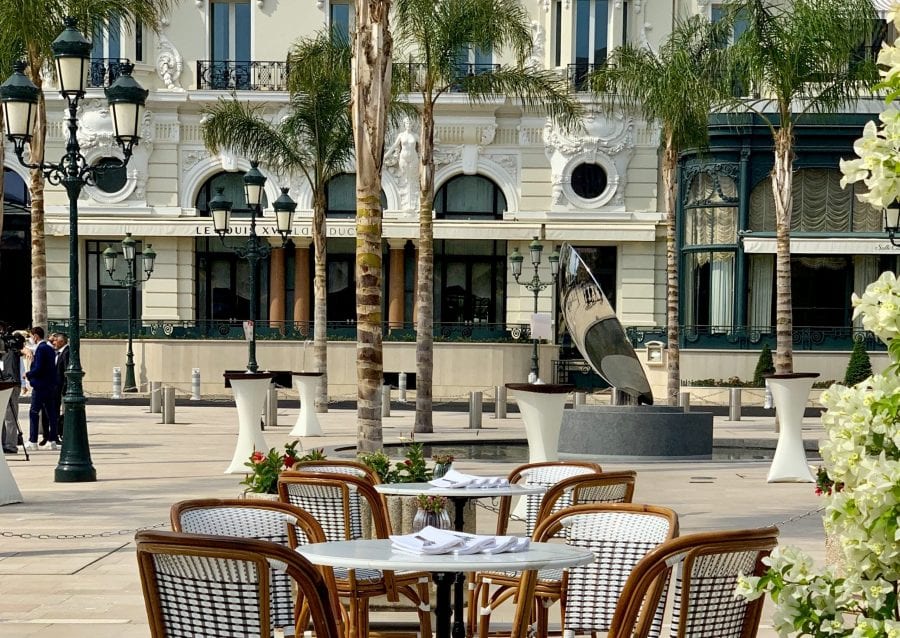 People will no longer be required to book ahead for restaurants in Monaco and tables will not be spaced so far apart, as the government eases a number of restrictions brought about by the Covid-19 crisis.
Since the Principality gradually began its deconfinement plan on Monday 4th May, each step has proceeded as planned thanks to the positive health situation among the population and their adherence to Monaco’s strict measures to contain the virus.
Part of that has included a widespread testing campaign, offered free of charge to residents of the Principality and those who work within its boundaries.
To date, more than 35,000 people have been tested, allowing for a detailed epidemiological analysis of the Principality. “Overall, it turns out that the virus has only circulated very lightly in Monaco,” said the government in a press statement released on Friday.
On the strength of this information and the respect shown by residents and employees for the health measures, the Government, in consultation with the National Council, announced on Friday that it will be relaxing certain provisions, with “the aim of encouraging a return to normal life while ensuring health security.”
From Saturday 13th June, restaurants and cafes will be allowed to seat 10 guests per table, an increase from six. Spacing of 50 centimetres between each guest will still be required, as will a distance of 1.5 metres between each table. But reservations will no longer be obligatory.
“The government wants to be pragmatic and is aware that there is a need to make the lunch service more flexible,” reasoned the government.
It does ask, however, that restaurants manage queues effectively.
The number of people allowed to gather in public has been widened from five to 10 people, a measure which extends to those enjoying cultural activities. However, health authorities continue to recommend social distancing of 1.5 meters.
“These provisions do not contravene the importance of respecting social distancing and basic hygiene rules such as regular hand washing and the wearing of a mask, which is highly recommended in public spaces,” concluded the government.


Photo: Terrace of the Café de Paris, all rights reserved to Monaco Life