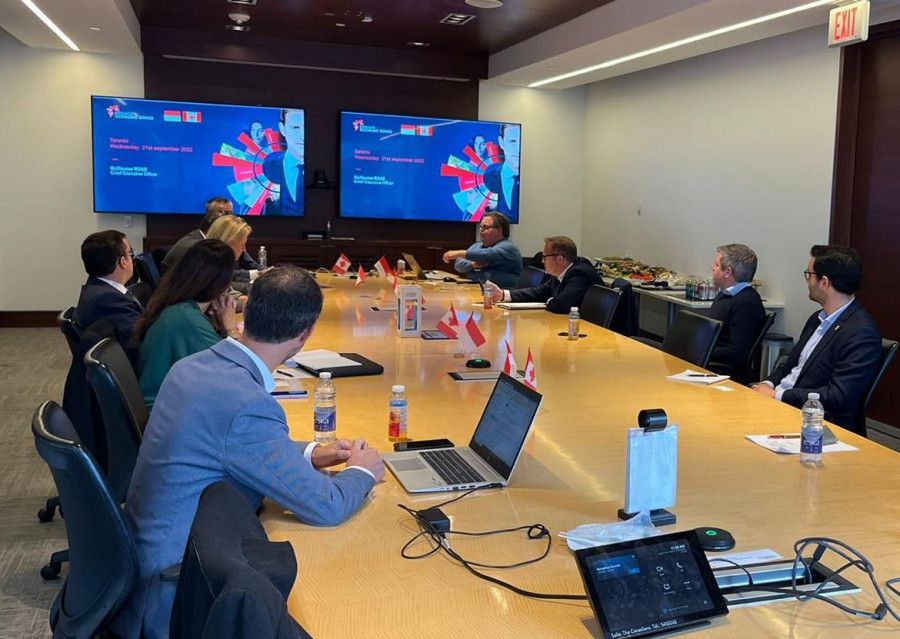 The Monaco Economic Board (MEB) has made its first visit to Canada this century in order to develop the relationship between the countries, and potentially seek Canadian investment in Monegasque business.

The MEB has had to wait a long time to set foot once again on Canadian soil. Having not visited the North American country since 1999, their arrival was delayed due to the Covid pandemic.

Monaco’s “economic mission” in Canada began in French-speaking Montreal on 18th September, and was attended by seven Monégasque businesses from a range of industries. The hope is to strengthen collaboration with the Canadian market, whilst also potentially seeking investment into the Principality.

“[The objective] is to develop relationships between the two countries. We hope to accompany Monégasque businesses in their development here in Canada, promote synergies and opportunities in the local business community, and attract Candian investment into Monégasque businesses,” said Guillaume Rose, executive CEO of the MEB.

During their stay in Montréal, the Monégasque delegation met the principal economic actors in the Quebec region, including Montréal international and the Metropolitan Montréal chamber of commerce. During this meeting, Franco-Monégasque co-operation was formalised through the signing of two new agreements with the CCI France Canada and SOPER.

The Monégasuqe delegation then continued on to English-speaking Canada with a visit to Toronto on Saturday. Like in Montréal, the MEB met with multiple actors in order to facilitate business creation, as well as investment through networking with the MEB’s partners. As a hub of finance, as well as technology, the visit to Toronto allowed Monégasque businesses linked to those sectors to create professional connections and synergies.

A press release from the MEB proclaimed the delegation’s Canadian tour as a “mission accomplished” that opens up the North American market to the Principality, and its diverse range of businesses and industries.