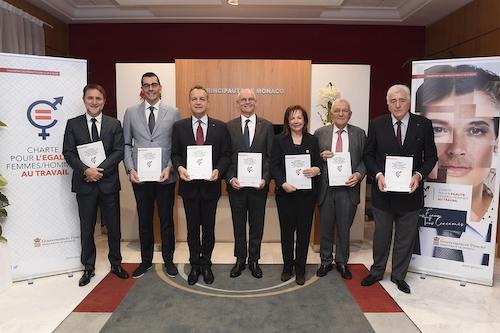 The employers of Monaco have signed a charter to show their support for the promotion of equality between men and women in the workplace.

The Charter of the Responsibility of Women and Men, put together by the Department of Social Affairs and Health, was given the green light by seven signatories responsible for the employees of the Principality, each of whom had compelling reasons for agreeing to be part.

“This is the Town Hall of Monaco. […] If women’s equality is more respected at the Monaco City Hall, this is unfortunately not the case everywhere and we must be as much as the Institution to show an example and to remain vigilant on what is happening around us,” said Mayor Georges Marsan.

Serge Telle, the Minister of State for Civil Servants, one of the largest employers in Monaco, added: “This is a major issue, for the women of Monaco, of course, but more broadly for the Principality as a whole. Because women’s rights are for the most fundamental values ​​that divide us and define us. Promoting women’s rights means working for justice, freedom and universality.”

The charter’s aim is to create a more balanced and fair work environment for women and men and to call for an elimination of discrimination against women in the workplace.