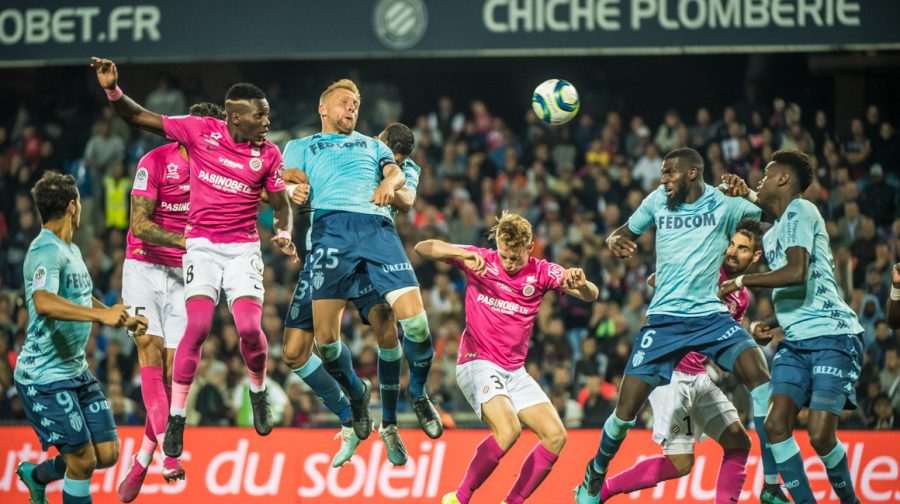 Despite a good start to the match and several opportunities to open the scoring, AS Monaco lost 3-1 to Montpellier on Saturday. It marks the end of the series after three games without defeat and 29-years unbeaten at La Mosson in the league.

After five minutes of observation between two cautious teams, AS Monaco seemed to be dictating play during the first half hour. Possession was in favour of the Monegasques and the biggest opportunity at the beginning of the match was for Kamil Glik. From a Golovin corner, the captain placed a powerful header that Rulli pushed back impressively to save his team (15th).

Ten minutes later, it was Golovin who saw the woodwork shaking on his shot after a one-two with Fabregas. The possession and the opportunities were Monegasque, but the match would, however, turn in favour of Montpellier. On the right flank, Florent Mollet combined with Gaëtan Laborde and ended up beating Lecomte with a header at close range.

In front of his former club, the AS Monaco goalkeeper was decisive several times in the wake of this first goal. He first won his duel against Andy Delort (33rd), then a few minutes later, on a flick from Gaetan Laborde, he turned the ball behind for a corner (35th). But Montpellier still managed to register the second goal of the meeting. Shortly before the end of the first period, on a corner by Mollet, Andy Delort forced Lecomte into a reflex stop, but Pedro Mendes followed the shot and widened the gap for the hosts. Lecomte made a double stop on Pedro Mendes and Mollet at the very end of the first period (44th).

After the break, AS Monaco showed a better side of their play. After a free kick by Fabregas, Maripán was in a good position, but Rulli prevented the Chilean from reducing the margin. Maripán again got free on the next corner, but his header was off target (52). AS Monaco were able to take control of the match, but the effectiveness of Montpellier again damaged the hopes of Monaco when Delort latched onto a cross by Mollet to score the third goal of the match (56th). If the French-Algerian striker had the misfortune to hurt himself on the play, he left the field having given a three-goal advantage for his team.

Despite being pegged back by the scenario, Leonardo Jardim’s men did not shrink away from their responsibilities. On a ball from Islam Slimani, Wissam Ben Yedder faced down Rulli and won his duel with a superb left-footed shot (68th). The goal was splendid, his sixth and the sixth assist by his teammate, but it would take two more to have hope of bringing back a point from this game. AS Monaco put their heart into their work in the last 20 minutes, with forays forward by Gelson Martins and Ruben Aguilar, who had been brought on in place of Guillermo Maripán. Slimani put his head to a cross by Martins, but in vain. However, the expulsion of Aleksandr Golovin on a second booking after a tackle on Hilton made things even worse (81).

The task became insurmountable. Despite a last and vain effort to try to tip the match in their favour, AS Monaco could not shake the defense of Les Heraultais.

Their next game is against Rennes at Stade Louis-II on 20th October.