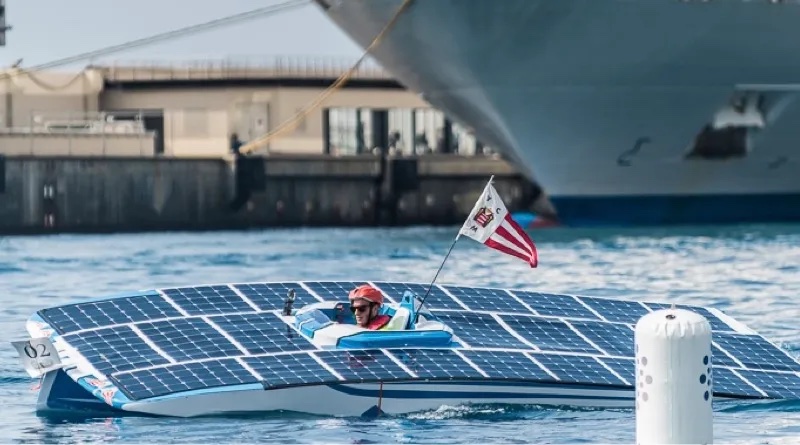 The Monaco Energy Boat Challenge, now in its 9th edition, is an international event open to the public, welcoming professionals and innovators from around the globe to race in watercraft they have fashioned themselves. The catch is that these boats must be run using eco-friendly means and can be built to fall into one of three categories: Energy, Solar or Open Sea Class.

The races have created a platform where teams can freely share information and expertise bridging a gap between engineers and industry leaders where sustainable technology reigns supreme.

Organised by the Yacht Club of Monaco, the International Powerboating Federation and the Prince Albert II Foundation, the Monaco Energy Boat Challenge is unique in the world. It will be held from 4th to 9th July.

“Faced with environmental and technical challenges that require an urgent response to move forward, the Yacht Club de Monaco aims to be the driving force behind a new vision for yachting and to promote any positive approaches through this unique event,” say the organisers.

They go on to explain that the “Yacht Club de Monaco is an incubator that supports yachting research and development. This event aims to stimulate the creativity of tomorrow’s engineers and the industry to develop propulsion methods using clean energy. We want to provide a platform for exchanges and meetings through a conference, Tech Talks and Exhibition.”

The three classes give some flexibility in which type of clean energy to use when designing the boats. In the Energy Class, each team is given the same hull design but then it’s up to them to come up with the most powerful and long-lasting way to keep the engines running. They are given a “quantity” of energy they are allowed to use, making this trickier than it first sounds. The teams then compete in races involving manoeuvrability, speed and endurance.

The Solar Class is pretty self-explanatory. All boats must be run using the energy generated by the sun. They compete in endurance, slalom and match races.

In the Open Sea Class, seacraft are primarily ones that are already on the market or just on the cusp of being launched. Their race involves a gruelling 16 nautical mile race from Monaco to Ventimiglia to test manoeuvrability. They also undergo an endurance race to scope out range capabilities.

The week is a chance to see new technologies in action, for example the flexible solar fabric recently acquired by YCM as part of its sustainable approach to optimise energy usage linked to nautical events.

Placed on a battery pack, the system produces electricity that is fed back into the YCM grid, like that generated by floating solar panels installed in a partnership with gas and electricity company SMEG. Meanwhile, a pontoon producing green hydrogen from renewable energy sources will be moored in the YCM Marina thanks to SBM Offshore whose SBM E-Racing Team will be refuelling their boat from this facility. Additionally, EODev will demonstrate a 100kVA electro-hydrogen zero emission GEH2 generator.