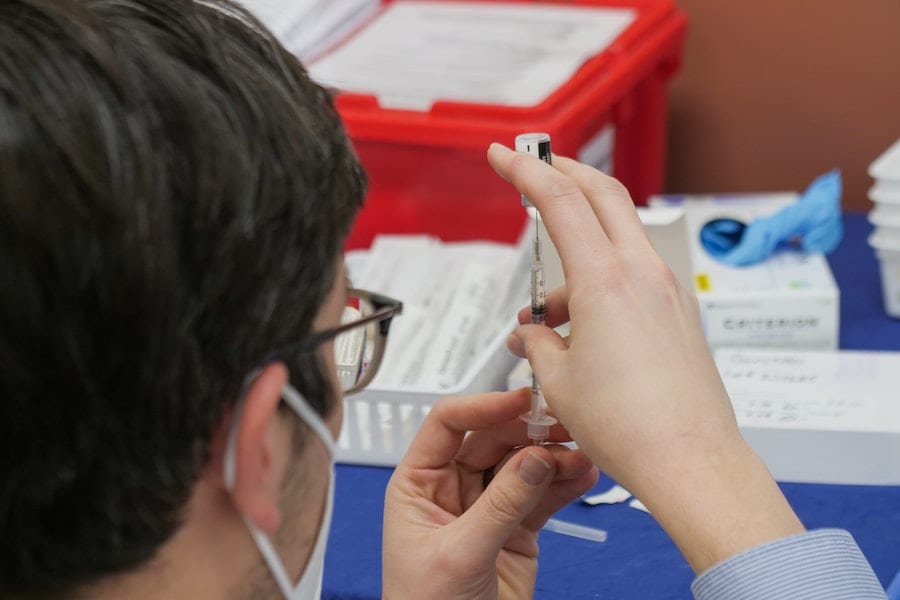 Residents of the Principality aged 45 and over are now being invited to get their Covid vaccination. Meanwhile, home-tests are now being stocked in pharmacies in Monaco.
As the government announced the relaxation of restrictions in Monaco on Thursday, Health Minister Didier Gamerdinger took the opportunity to alert the public that vaccines against Covid would now be open to the 45-plus age group and that they will receive written notification in the coming days.
The vaccination rollout in Monaco started off agonisingly slow, but has gained real momentum, despite a brief setback when there were dose shortages in recent weeks. Nonetheless, the campaign has borne fruit, as infection rates and hospitalisations have steadily decreased as older residents were protected.
“To date, 12,077 patients have received their first injection, for example, 32% of the population,” the minister clarified, which shows a “strong vaccine adherence.”
The breakdown by age groups shows that 78.2% of those over 75 have received their jabs, as have 61% of the 65 to 74’s, and almost half of the 55 to 64 age range.
The minister has also specified which vaccines will be on offer and why.
“AstraZeneca, if it was considered for a while, will ultimately not be useful in Monaco, since the age group not affected by this product has already been vaccinated,” he said.
He followed this up on social media saying, “I want to clarify that at the moment we have only injected and will only vaccinate with Pfizer. We are also waiting for Moderna. Self-tests are also being rolled out in pharmacies in the Principality.”