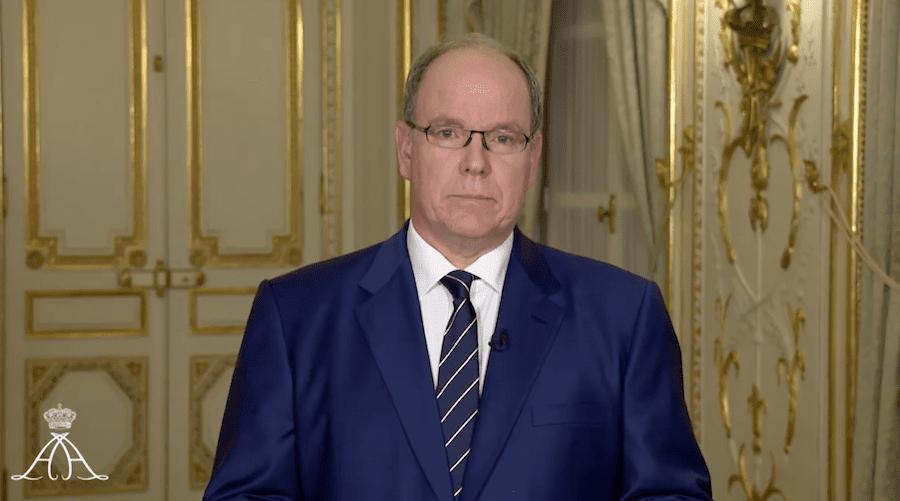 An 8pm curfew in Monaco will take effect at midnight Saturday, while restaurants and businesses will be allowed to remain open under new measures announced by the Prince.
In his highly-anticipated address to the Principality on Thursday evening, Prince Albert said that while the number of cases of Covid-19 in Monaco is not high, “there are measures that we have to put in place to control this pandemic.”
“So, I have decided with my government to reinforce measures, the details of which will be revealed tomorrow,” said the head of state.
The Prince did say that a curfew will be in force from 8pm to 6am. Economic activity will be preserved, but with some restrictions for certain sectors.
Restaurants, commerce and cultural institutions will stay open, and teleworking will be encouraged.
Schools and universities will continue as normal respecting the strict health measures.
On Wednesday evening, France’s President Emmanuel Macron announced a nationwide lockdown effective Friday for at least one month. It is a slightly less restrictive lockdown than the one imposed in the spring – schools will remain open – however people are required to carry a document explaining why they are on the streets.
“As you can see, the measures that we are adopting are not the same as the earlier confinement,” said the Prince. “I ask you to be disciplined and respect the measures put in place by your government so we are not forced to take more severe measures.”
The curfew in Monaco will be valid for one month initially.
Photo: Screenshot of Prince Albert’s address on Thursday evening