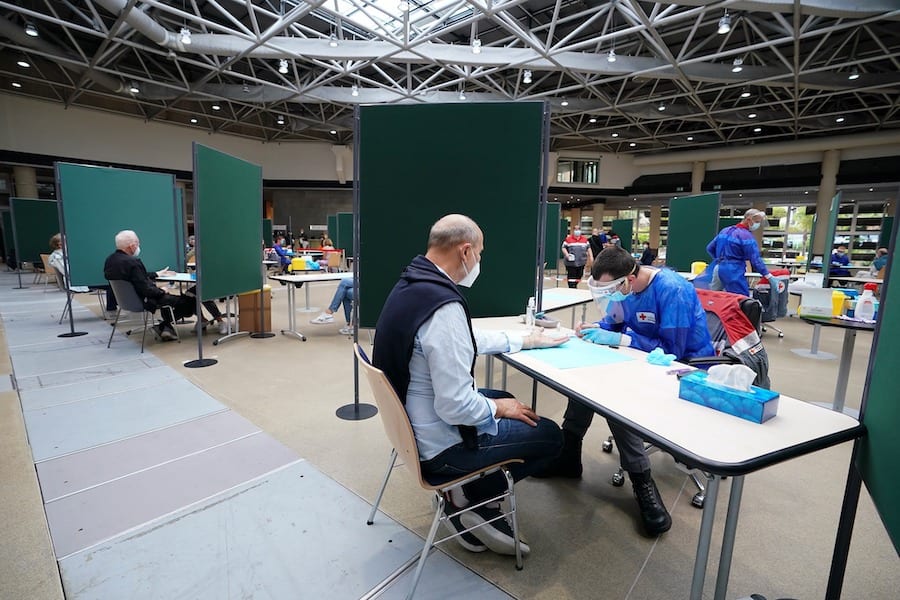 The government says it is not “lowering its guard” against the possibility of a Covid-19 rebound and will provide another month’s worth of free testing for residents and workers in the Principality.

The month-long campaign ended on Saturday with 35,000 people coming forward to be tested for Covid-19 antibodies. The government was hoping a majority of the 90,000 residents and workers in the Principality would take part in the health initiative.

Nonetheless, the results showed a fairly low rate of infection with only 2.8%, or 983 people, testing positive out of all those who were screened. After testing positive, these patients were asked by an on-site physician to go to a laboratory for a serological follow up test. If this test was also positive, the patient was asked if they wanted a PCR test to determine if the disease was still active. Only one person tested positive for an active Covid-19 virus and was placed under medical supervision.

Children under the age of five made up 259 of the tests and 2,377 school children were also screened. 5,838 residents over the age of 65 were administered to, 800 of which were tested at their homes as they were unable to visit the testing centre.

Minister of Social Affairs and Health Didier Gamerdinger announced at a 15th June press conference that “make-up tests” would be available for those who had been unable to make the first two rounds of testing. These sessions will take place on Tuesdays for the next four weeks from 23rd June to 14th July at the Espace Leo Ferré from 8:30am to 6pm.

The aim, according to the minister, is “to continue to follow the population who so wishes. The Principality is attentive to the health situation and does not lower its guard in the face of a possible epidemic rebound.”

The next intended step is for health care professionals to take up where the testing centre leaves off. Discussions as to how and when this will happen are currently underway.