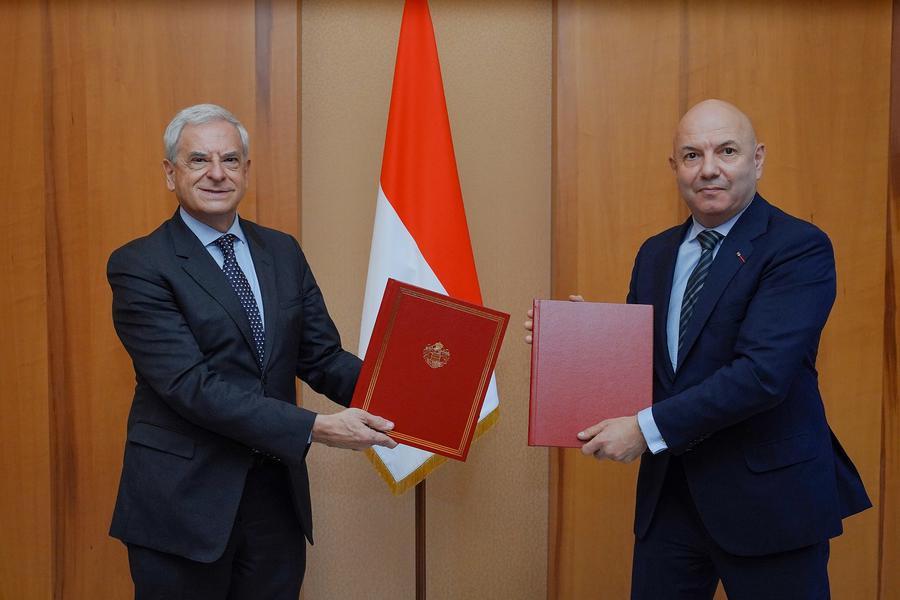 Monaco and the International Institute of Humanitarian Law of San Remo have renewed a partnership that will in part see financial support for teachers and study grants for soldiers in war zones.

Monaco has long been committed to promoting peace and humanism and to reducing the suffering of people who are, quite literally, caught in the crossfire of armed conflicts.

To this end the country has been in partnership since 2020 with the International Institute of Humanitarian Law of San Remo with whom they have a funding agreement to assist them in their endeavours. This collaboration has now been extended through 2022-2023.

Improving acceptance by the belligerents and having strong transmission of information on the ground in war-torn areas are goals of both the Institute and the Principality through dissemination of rules, dialogue and the exchange of good practices.

On 27th October, Monaco’s Minister of External Relations and Cooperation Laurent Anselmi received the representatives of the International Institute of Humanitarian Law of San Remo including Edoardo Greppi, Professor of International Law and International Humanitarian Law at the University of Turin and President of the Institute, Secretary General Stefania Baldini, and Gian Luca Beruto, Deputy Secretary General, for a meeting to discuss the challenges posed, raising questions of interpretation of laws already in force, as well as the use of new technologies.

The agreement states that the Principality will provide financial support for teachers and for study grants to soldiers, government officials, diplomats, experts and students. The scholarships are intended for nationals of developing nations, specifically for those who have international ties with Monaco.

The International Institute of Humanitarian Law of San Remo was founded after World War II on the basis of principles set out by the United Nations Charter. For countries in the grip of serious crises and conflicts, the four Geneva Conventions of 12th August 1949 along with other relevant international instruments, notably the Additional Protocols of 8th June. 1977, guarantee the protection of the life and dignity of combatants, civilians and those on humanitarian missions.