Monaco finish year on a high

Monaco finish year on a high 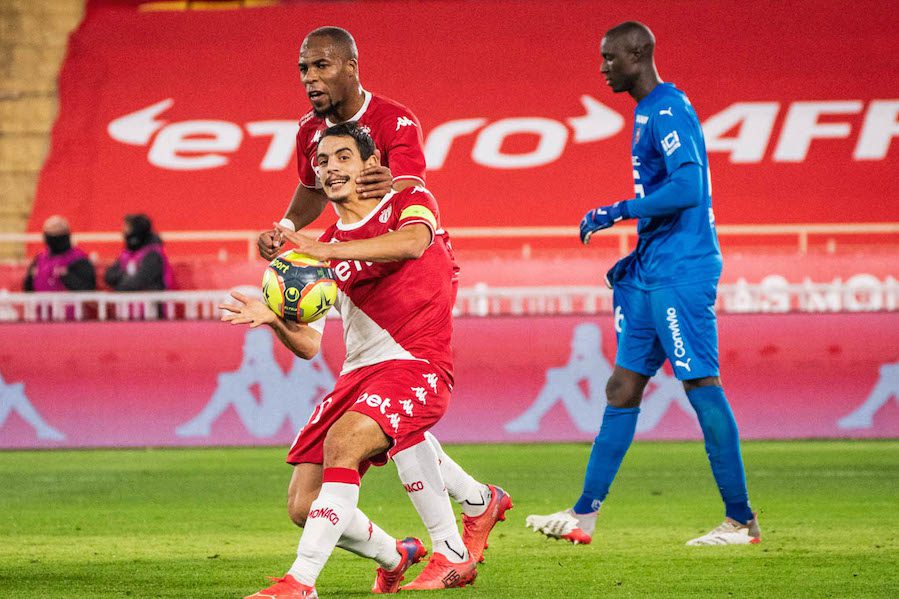 AS Monaco secured an impressive victory against a Rennes side that Nico Kovac had dubbed “the best in the league”. The 2-1 victory on Wednesday lifts Monaco to sixth in the Ligue 1 table.
It was a special night at the Stade Louis II, with fans groups and youngsters packing the stands to support the side for the final time this year.
The Principality side began the fixture brightly, once again dominating possession and pressing high, this despite a change in formation that saw the side line-up in a 4-4-2.
It was Rennes, however, who took the lead. A lovely interchange with Gaetan Laborde and Martin Terrier saw the latter in on goal, and the French striker made no mistake, slotting past Aleksandr Nubel.
But Monaco were undeterred and got their reward half way through the first-half. Caio Henrique’s header across the Rennes box struck Hamari Traore’s arm, but was initially inexplicably missed by the referee. A quick VAR check amended the error, Wissam Ben Yedder stepping up to level the score from the spot in typically emphatic style. The French international striker is currently experiencing a purple patch, scoring six goals in his last eight games.
In a match that was largely devoid of opportunities, it was Monaco’s efficiency in front of goal that proved the difference. A beautiful glancing header from Kevin Volland from a volleyed Sofiane Diop cross put Monaco in the lead.
Rennes pushed for an equaliser late on, Baptiste Sanramria saw his effort clip off the top of the bar, and Benjamin Bourigeaud saw his late effort saved by Nubel.
Monaco did, however, hold on to secure a vital win against a rival for the European places. The win also means Monaco finished the year on a high, prompting Kovac to reflect on the team’s success in 2021.
“It has been a very successful year. At the start of the season we had a few problems, but step-by-step we are progressing and we will try to continue in this way in 2022,” said the Croat manager. “It is great to reduce the gap between the teams just before Christmas. We will be able to spend the holidays carefree.”
Monaco now find themselves a mere two points off the European places going into the Christmas break. On their return on 2nd January, they face a difficult trip to Quevilly-Rouen in the Coupe de France, before returning to Ligue 1 action away to Nantes a week later. 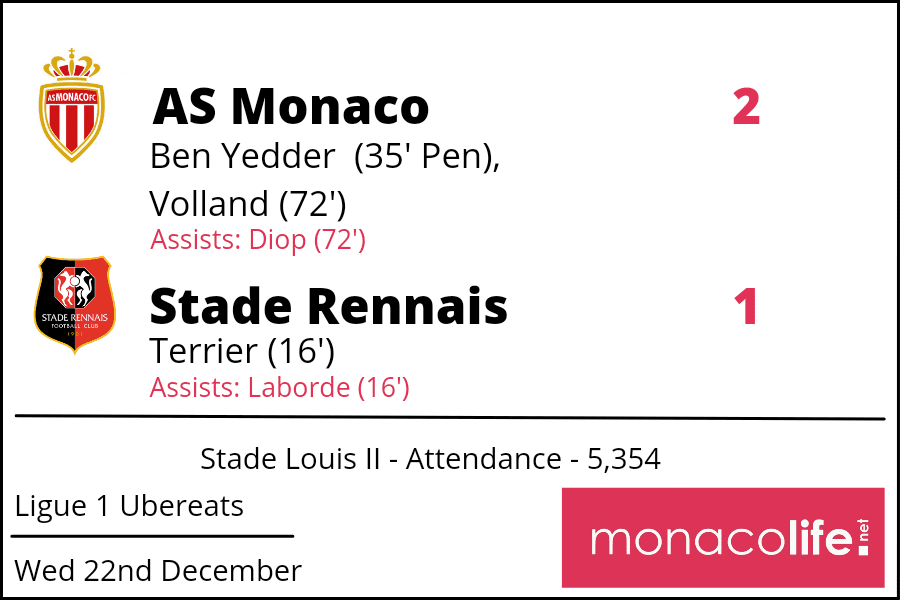