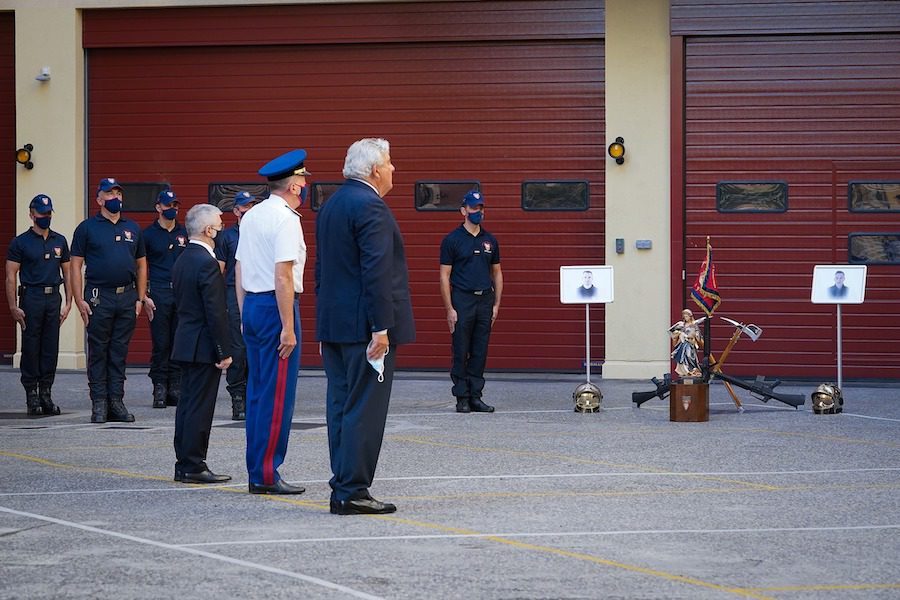 The Principality is mourning the loss of two of its firefighters who were killed in a tragic road accident on the RD6202 near Puget-Théniers on Tuesday afternoon.

The accident, involving firefighters from Monaco and the Alpes-Maritimes, took place at around 5:30pm, leaving one dead at the scene and another who died from injuries overnight. The announcement was made by Colonel Norbert Fassiaux, head of the Monaco fire brigade.

The tragedy occurred when a motorist hit four motorcycles carrying the firefighters who were out enjoying a ride on the Route Departmental 6202 near the town of Puget-Théniers.

Traffic was closed in both directions until 10pm to make way for the emergency helicopter that came to airlift the injured men out.

A 42-year-old fire sergeant was pronounced dead at the scene. Another victim, a 22-year-old volunteer firefighter from the SDIS06 barracks in Carros, was seriously injured and transported to hospital but succumbed to his injuries overnight.

The two other Monegasque firefighters are in hospital with less life-threatening injuries and are being closely monitored.

Late Wednesday an official statement from the Palace was released, saying: “HSH Prince Albert II learned with great sadness of the tragic disappearance, last night during a motorcycle ride in Puget-Théniers, of Sergeant Stéphan Hertier and Sapper Mathis Canavese. Prince Albert wishes to assure the families of these two devoted firefighters that he shares their great sorrow. He sends his wishes for a speedy recovery to the two other firefighters also injured in the accident. The Sovereign Prince also expresses His deep emotion to the Principality’s Fire Brigade, deeply affected by this terrible accident.”
Wednesday morning, Minister of State Pierre Dartout, accompanied by the Minister for the Interior Patrice Cellario, went to the Condamine Fire Station to show the government’s support after the tragedy.
“It is with great emotion and deep sadness that we mourn the death of two of our firefighters. It is a tragedy for their respective families, for the entire Monaco Fire Brigade and for the entire Monegasque community,” said the Minister of State.
National Council president Stéphane Valeri also released a statement, saying: “I learned of the tragic accident which plunged entire families of the Monaco Fire Brigade into grief and consternation. With this tragedy, which is as brutal as it is unjust, our entire national community is affected.
On behalf of the National Council and all of the National Councillors, I extend all my compassion and solidarity, as well as my most sincere and saddened condolences, to all those affected by this tragedy.”
The driver of the utility was taken into custody. An official inquiry will determine the exact circumstances surrounding the tragedy.