Avinco Helicopters, a Monaco company that specialises in helicopter sales, acquisitions, and trading, has reported 27 helicopter transactions in 2016, plus a repossession contract involving 21 Airbus H225s and an EC155.

In its 2016 annual results, Avinco said the 27 transactions had a combined value of $54 million. The repossession contract involved Avinco recovering, storing, managing and remarketing the aircraft on behalf of a consortium of creditor banks along with Coface, France’s export credit agency.

Avinco CEO Francois Gautier said, “There is a healthy liquidity for single-engine helicopters in most parts of the world, and demand remains fairly strong in Emergency Medical Services. Finding a home for heavy machines, even for a short lease, is harder, and 2017 will see overcapacity in heavy machines with uncertain prospects for both AH225s and [Sikorsky] S-92s. This may impact overall market confidence.”

Avinco has bases in Monaco, Dublin, New York and Singapore and also manages a portfolio of 14 leased aircraft, according to Aviation International News.

“Fundamentally, Avinco’s approach to the market remains unchanged. In spite of the ongoing downturn in oil-and-gas, Chapter 11 issues with North American operators and economic uncertainties in Europe and the US, we continue to identify opportunities where they lie in the market. Our success is mainly due to our international presence and long-standing track record, Gautier said.

The company operates from the Gildo Pastor Centre and has offices worldwide. For a list of available helicopters see their website.

Photo: Facebook Conseil National de Monaco[/caption] Pierre Bardy has been appointed Rapporteur of the Draft Law 238, filed on May 15, by the 21 elected representatives of the majority group on the National Council, concerning the use of state-owned housing for a private business. The draft enables Monegasques to register a professional activity in residential premises owned by the state, at no cost. The purpose of the proposed law is to enable Monegasque entrepreneurs to conduct their businesses while overcoming the formidable obstacles presented by the shortage of office space and its high cost in the Principality. Pierre Bardy will report back to the National Council on the proceedings of the meetings of the Finance and National Economy Commission, chaired by Balthazar Seydoux.

Photo: Manuel Vitali/DC[/caption] Didier Gamerdinger, Monaco’s Minister of Health and Social Affairs, has visited the staff of Centre Plati, a medical and psychological centre for children and adolescents to meet staff and to learn more about its work. The Centre Plati supports children domiciled or schooled in the Principality who have psychological difficulties or learning disorders. The centre consists of three units: The Medical-Psychological Centre (CMP); The Partial-Time Therapeutic Reception Centre (CATTP); and the Centre for Screening for Learning Disorders (CDTA). Dr Filippo Giulioni, a child psychiatrist, is in charge of the Medical-Psychological Centre, whose mission is to help children suffering from psychological disorders. Composed of a team of 12 people, the CMP offers individual care between the child and a therapist. Nearly 333 children and teenagers have so far benefited from an individualised follow-up by these professionals. Parents, as decision-makers, are regularly informed about the child's progress. "Parents are active and attentive partners in monitoring children,” the minister said. The Partial Therapeutic Hospitality Centre and the Centre for Screening for Learning Disorders, under the responsibility of child psychiatrist Dr Marcelline Renaud-Yang, treat 200 children a year referred by a school doctor, a city doctor or the Princess Grace Hospital. The CATTP is made up of a multidisciplinary team of 11 people and carries out treatment groups with other young people. Created at the end of 2012, the Centre for Screening for Learning Disorders now has 28 therapeutic groups, which makes it possible to anticipate and detect learning disabilities of children with socialisation difficulties. Dr Renaud-Yang says that this is about employing techniques that help the child to decrypt his emotions to better focus. 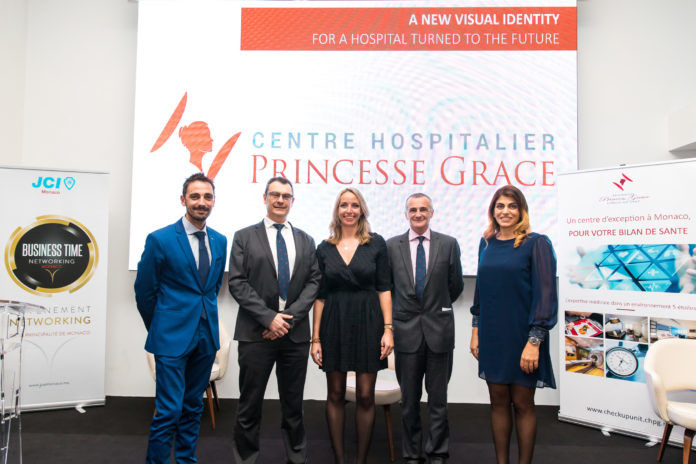