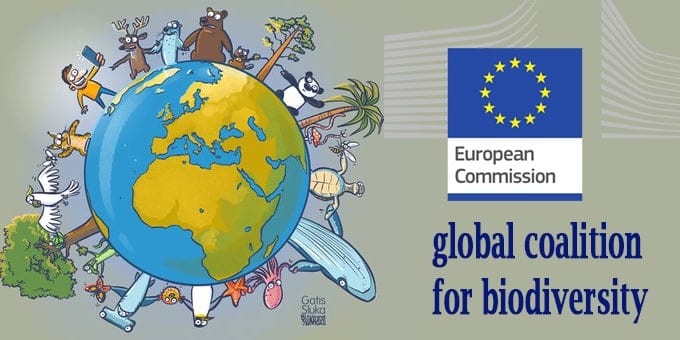 Monaco’s Oceanographic Institute hosted the unveiling of the European Commission’s (EC) global alliance, United for Biodiversity, back on 3rd March in honour of World Wildlife Day and this week it is amongst its first official members. On Tuesday, the Institute announced that it was officially the first of 16 associations that are supporting the coalition’s agreement, whose primary goal is to protect biodiversity worldwide.

A communication campaign has been set up by the coalition calling on national parks, aquariums, botanical gardens, zoos, research centres, science museums and natural history museums to join forces and make it a priority to increase public awareness of the environmental state of affairs across the planet.

The Institute has hosted a number of themed awareness programmes, including ones on sharks, jellyfish and turtles. In 2020-21, they have taken up the gauntlet for coral reef protection. The programmes encompass several entertaining options, such as events, exhibits, conferences and debates to alert the public to the dangers the seas are facing.

Along with and the Oceanographic Institute, Prince Albert, his government and his Foundation “defend biodiversity by federating for the protection of the oceans to make it known, loved and protected.”

“We must maintain this momentum and continue these awareness efforts which are now more necessary than ever,” said the Prince at the launch of the coalition in March. “This is what we all need to do, as key political events approach the future, in particular the United Nations Ocean Conference, the IUCN World Congress and the COP15 of the Convention on Biological Diversity, meetings that should inspire us all to act, because we cannot afford to miss them.”

The Oceanographic Institute’s relationship with the EC isn’t new. They have worked together since 2017, when they brought together over 200 aquariums in 41 countries to bring the impact of marine pollution to the public’s attention through the World Aquariums Ready to Change to Beat Plastic Pollution Coalition.