Saturday at 4 pm the Côte d’Azur’s most acclaimed landscape architect, Jean Mus, will be signing copies of his new book “Jardins méditerranéens contemporains” at FNAC Monaco.

The Grasse native has an impressive portfolio, which includes locally the Grimaldi Forum gardens, the hotels Monte Carlo Beach and Monte-Carlo Bay, as well as the Tour Odeon. He’s also designed the 2,000 sqm “Versailles-style cream- and green-hued oasis” at the refurbished Ritz Paris.

Recognised and admired for his Mediterranean style, Mr Mus presents in his book 20 spectacular gardens of his most recent creations, as illustrated by photographer Philippe Perdereau with anecdotes and practical tips written by Dane McDowell.

Mr Mus studied at the Garden and Landscape School of Versailles and is Jury President of the new Côte d’Azur Garden Festival, which runs April 1-May 1, 2017 with competitors’ garden designs on display in Cannes, Antibes, Grasse, Nice and Menton. 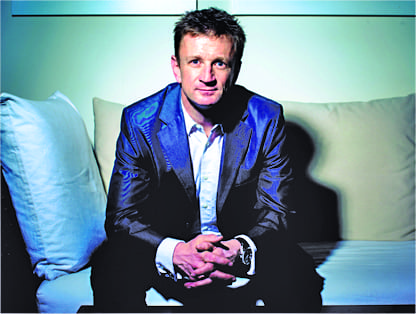 "It was one of those crawl-through-the-floor moments,” he remembers.

Perched on a wooden bench at the Son of a Bun burger joint, Allan McNish reveals his most embarrassing moment. It was at the height of his career in 2008 in Atlanta. On the way to the grid for the start of the 10-hour race, he shunts his car. It’s an amateur mistake for a world-renowned Formula One driver. By the time his car makes it out the pits, McNish is two laps down. He feels the pressure of the multi-million-dollar operation that has transported his car and his 60-strong team to America for a week. With characteristic grit, he turns his frustration to his advantage and overtakes the race leader with 30 minutes to go. At the end of the race, he phones his boss back in Germany: “I’ve won, but you’ve got a car in broken parts.”...

A tanned and relaxed 46-year-old Monaco resident, McNish has come a long way from the young boy funding his karting competitions through selling racing gloves in his native Dumfries. I wonder how this tough Scot rose to international stardom. Three-time 24 Hours of Le Mans winner, ex-Formula One driver, 2013 FIA World Endurance Champion: his racing accolades are endless. Was it gritty determination or was it something in the water in the small farming community where coincidentally both he and motor-racing ace David Coulthard were born?