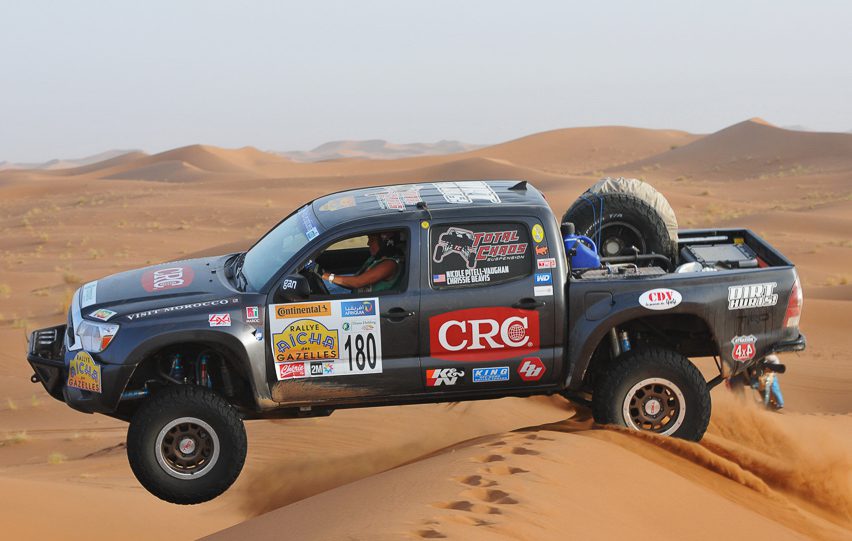 Monaco’s representatives for the Rallye Aïcha des Gazelles du Maroc, Lise Largilliere and Manal Faxelle, are seriously tough cookies. These local ladies are signed up to drive a Zoe electric car in the 30th edition of the all-female off-road desert race through southern Morocco that brings together women aged 18 to 70 in a gruelling contest where winners are determined not by time, but by plotting the shortest route to the finish.

The women will put themselves to the test for a good cause, the Monaco Liver Disorder (MLD) association, which supports research to help scientists overcome serious, sometimes fatal diseases, raise awareness about organ donation and to improve paediatric hospital services to better support families of sick children.

The drivers will be raising money for the charity, created in 2011 with Princess Charlene as Honorary President, under their e-car team number 500 in order to renovate the three paediatric departments of Archet II Hospital in Nice. The monumental task will improve the facilities for the hospital’s neonatal department, the neonatal resuscitation department and the paediatric oncohematology department.

The primary focus will be the creation of common rooms for the children in hospital, as well as for parents, the construction of a caregiver’s kitchen and the building of two protected units for the most vulnerable. Additionally, the project will equip a dozen rooms with en-suite facilities and space so that parents can comfortably stay overnight with their children with all possible comforts.

After an official send-off in Nice on Saturday, the cars head to the port city of Sète where they embark on a ship bound for Tanger. Once they arrive, they make their way to Morocco and there are several days of briefs and technical verifications before the race begins in earnest on 23rd September. The race is in six brutal steps, with two marathon sessions, culminating in the final day of the race on Thursday 30th September.

During the final evening, the organisers celebrate all the participants with an evening of food, drinks, fireworks and music.