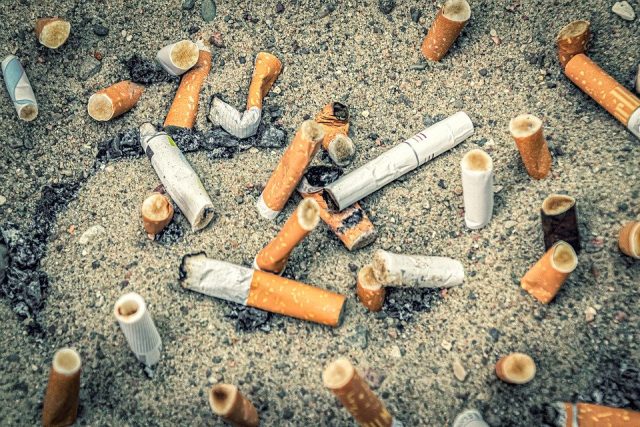 More than 70 billion cigarette butts are generated in France each year. Half end up on the ground or in the sea, causing untold ecological destruction. Now Monaco has a plan to recycle these tiny pollutants for a better end.

As the Principality moves in an ever-greener direction, more inventive ways of handling waste are being formulated. In the case of cigarette butts, 66,000 (11 kilos) of which were collected in front of SBM Offshore alone in 2019, they are being positively transformed by a company out of Bordeaux called EcoMégot.

EcoMégot collects these tiny environmental disasters, and at a factory in Montpellier turns them into a carbon fibre component which will be used for upcoming aeronautical projects.

Cigarette butts may seem innocuous enough, but they are actually major polluters. A single butt can pollute 500 litres of water and can release 2,500 chemical components. Additionally, they take up to twelve years to decompose.

The initiative has been applauded by environmental groups as well as by Marie-Pierre Gramaglia, Monaco’s Minister of Equipment, Town Planning and the Environment.

Another ecological hot topic for Monegasques is also currently being addressed. The call for public composters has gained momentum. One exists in Princess Antoinette Park and the idea of installing more is fast becoming popular.

A solution is to build a public organic waste centre in collaboration with neighbouring communities. Whilst the idea is currently only in it’s infancy, the impetus is growing. Representatives from the Mission for the Energy Transition understand the demand, and are considering several possible solutions.