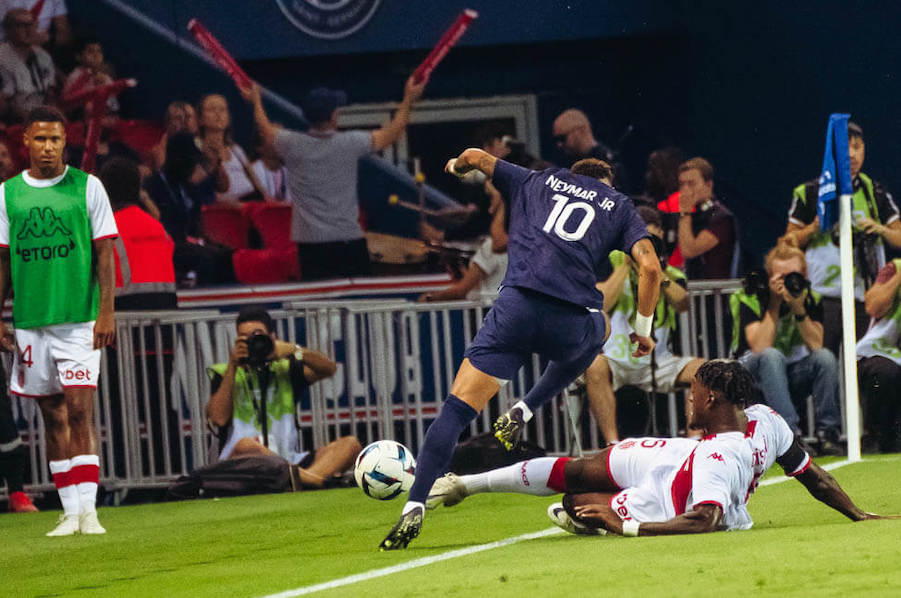 AS Monaco clinched a deserved draw against PSG on Sunday in an entertaining game that will boost the side ahead of a difficult run of fixtures.

The two clubs couldn’t have been heading into the fixture in more contrasting form. PSG come into the game on the back of three consecutive wins during which they have scored 17 goals, including seven against Lille last weekend.

Monaco, meanwhile, are yet to find their rhythm. After an opening day win, they then drew with Rennes, before being comprehensively beaten by Lens 4-1 at the Stade Louis II last Saturday. However, Philippe Clement’s side didn’t show any scars from that defeat, and from the first whistle they took the game to PSG, employing an intense and brave high press.

The intelligent pressing traps and determination in one-on-one duels allowed them to control the game in the opening minutes. Employing a back three for the first time in the league this season, Monaco looked to be working from a solid base, whilst Mohamed Camara, making his first start for the club, was dogged in his work to disrupt PSG’s world-class attacking line.

Monaco’s strong start was rewarded with a goal mid-way through the first-half. Camara’s challenge on Lionel Messi allowed Kevin Volland and Aleksandr Golovin to exchange passes. The former then ran in on goal and sent a shot low to Gianluigi Donnarumma’s left.

With a lead to protect, Monaco didn’t let up and the side continued to deploy a high-block. However, they were lucky to go into the break ahead. Messi’s long-range effort hit the post, deflecting the ball into the path of Kylian Mbappé, who had an open goal to aim at, but he could only hit the foot of the opposite post.

Monaco still had their own chances too, the most gilt-edged of which fell to the usually prolific Wissam Ben Yedder, but having rounded the keeper at distance, he couldn’t divert his effort on target.

With their 100% win record on the line, PSG began to lay siege on the Monaco goal and the pressure finally told midway through the second-half. A driving Neymar run provoked a clumsy challenge from Guillermo Maripan in the box. The Brazilian then got up and converted the penalty himself to level the tie.

From there, Monaco were hanging on. Achraf Hakimi saw his effort cannon on the post, and minutes later, the all-too familiar image of Mbappé bearing down on goal alluded to a PSG winner. However, for once, the goal did not bulge, and Alexander Nübel spread himself well to block the shot and keep the scores level.

The game finished 1-1, the point moving Monaco up to 12th, whilst PSG go top of the Ligue 1 table on goal difference. Post-match, Clement said he was “satisfied” with the result, adding, “We showed by taking a point here, you can take points everywhere, and that is important for the future, to have this as a reference match.”

Clement’s men will certainly be expected to earn the three points when they host Troyes on Wednesday, although the following league matches, firstly against Nice and then Lyon, will provide a sterner test. However, a gritty performance on the Champion’s garden means they go into the difficult run with renewed confidence. 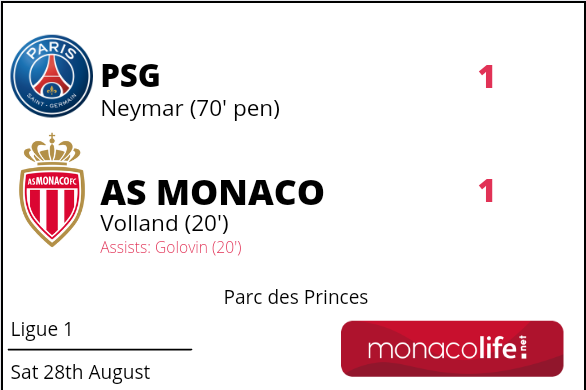