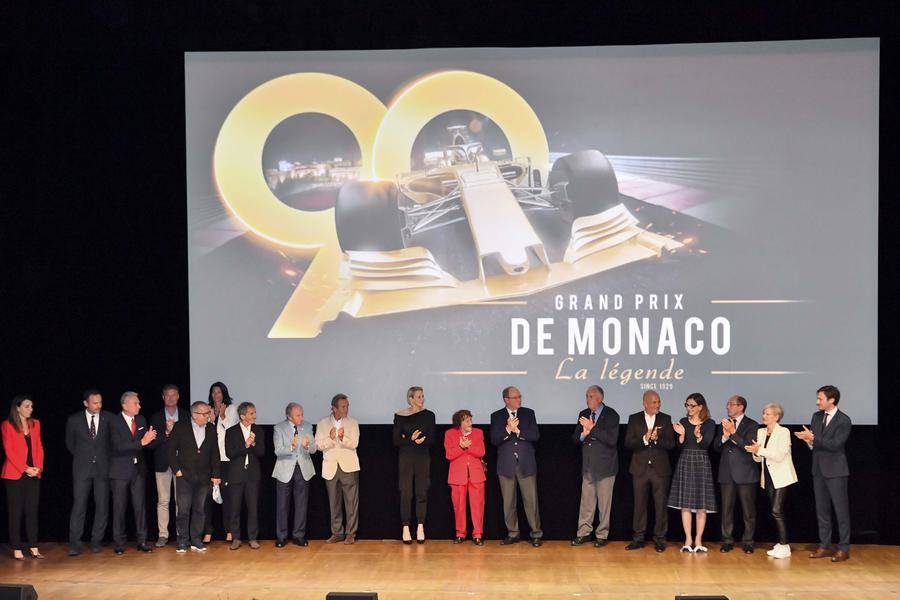 The documentary Monaco Grand Prix The Legend has premiered at the Salle Garnier in Monaco. HSH Prince Albert II and Princess Charlene were among a host of dignitaries and local personalities in attendance.

The documentary celebrates the 90th anniversary of the Monaco Grand Prix, a race held on one of only a handful of urban F1 circuits, as well as one of the most well-known and glamorous in history.

Directed by Franck Florino and written by Yann-Antony Noghès, the film brings together rare archival footage and exclusive interviews with Formula 1 greats. The Sovereign Prince, in his voice over, adds to the power of the film, bringing to life the past glories of the most famous circuit in the world and the dream victory of every pilot.