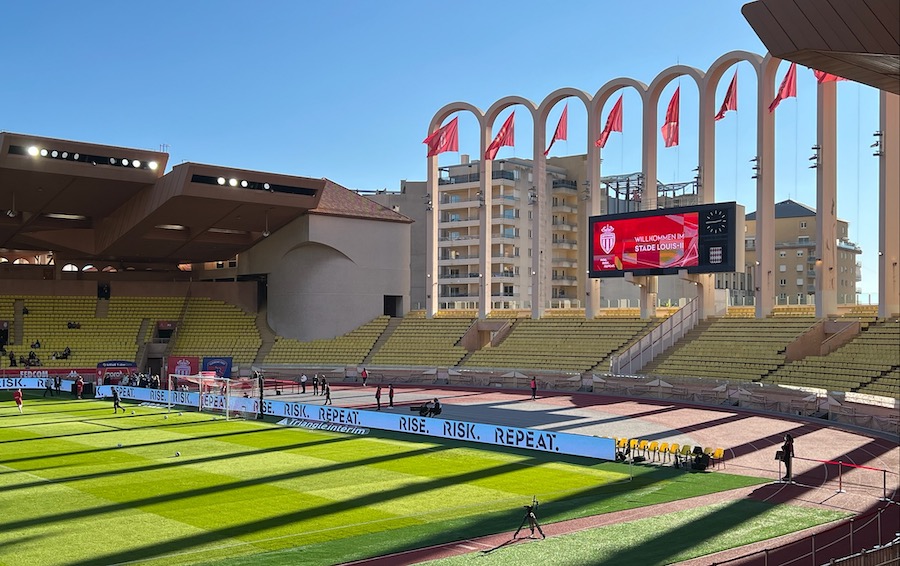 A dominant AS Monaco beat Clermont Foot 4-0 in Philippe Clement’s first game in the home dugout on Sunday, as Wissam Ben Yedder registered a brace on his return.

Prince Albert was also in attendance as he watched the Principality side secure their first league win of 2022 in the first game of the year played at the Stade Louis II.

Monaco began at a high tempo and were unlucky not to be rewarded in the opening minutes of the match. Sofiane Diop was felled in the box and the penalty was given, but following a lengthy VAR review, the decision was overturned, perplexing Clement who, after the game, said, “I was not happy not getting the penalty, it seemed to me a clear penalty… and Sofiane told me after the game that it was a clear penalty.”

Despite the setback, Monaco continued to dominate. Gelson Martins should have got on the scoresheet, but his close-range shot was well blocked by the outstretched arm of the keeper, whilst Kevin Volland should have done better with his two headed chances, none of which he could direct on target.

Monaco did finally get their reward on the stroke of half-time, Diop latching onto an acrobatic flick from the ubiquitous Jean Lucas to open the scoring.

Clermont posed little to no threat throughout the encounter, the wildlife in attendance at the stadium highlighting the one-sided nature of this contest. A large group of pigeons occupied the space behind the untested Monaco defence for large swathes of the match. They even changed halves as the players did at half-time, confident in the knowledge that their feeding wouldn’t be threatened by a Clermont offensive, meaning they could continue to peck away at the rich Stade Louis II turf unperturbed by the ongoing match.

Ismail Jakobs gave way for the returning Ben Yedder at half-time. He showed no lingering effects from his recent Covid infection as he quickly got on the scoresheet, converting an irresistible Caio Henrique cross.

The French international striker doubled up soon after. Having been played in on goal by Diop, he was wiped out by the keeper. He quickly picked himself up and converted from the spot, registering his 12th goal of the Ligue 1 season, making him joint top scorer in the division.

Henrique’s late fourth was the cherry on the cake, as the Brazilian netted his first goal for the club. Clermont finally showed some fight late-on, but couldn’t convert a flurry of chances for a consolation goal.

In the post-match press conference, Clement told the assembled media that he was particularly pleased with his side’s second half performance. “Second-half you see after scoring the second goal, that freed a lot of players, and we scored two more, but it could have been even more than four goals today.”

The win allows Monaco to close in on the podium, with rivals Marseille dropping points. If other results go their way, a win against Montpellier next Sunday could see them within a point of the top three. 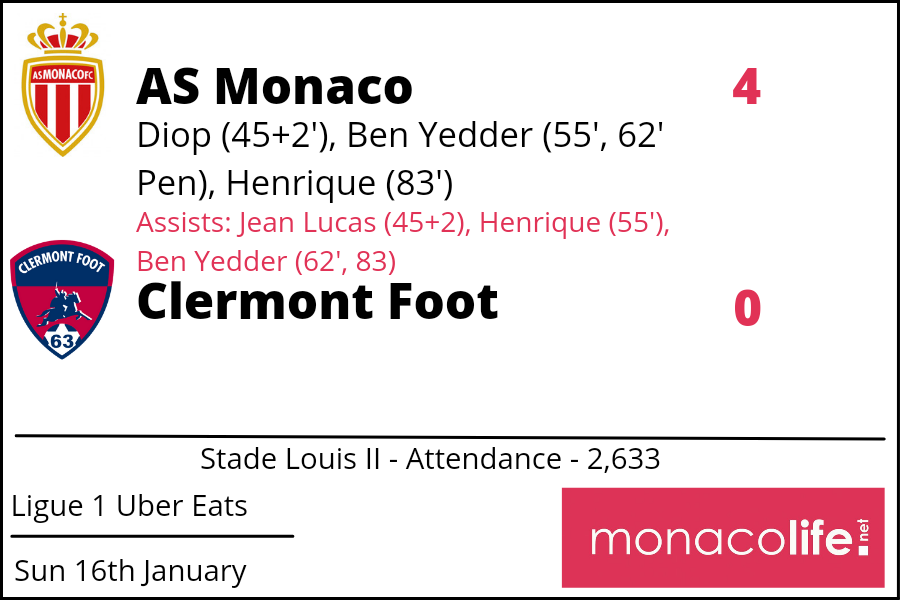