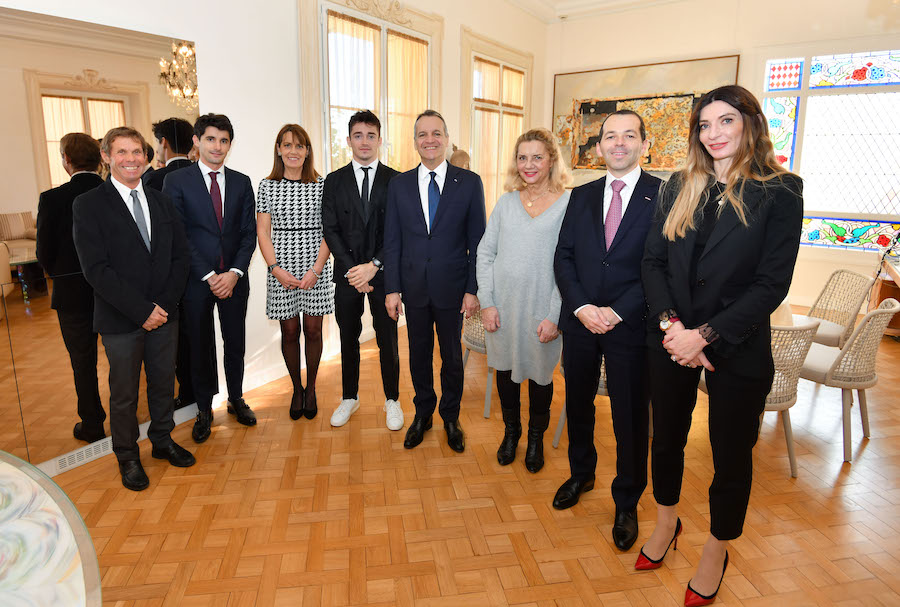 Monegasque Formula One driver Charles Leclerc has been welcomed by Monaco Mayor Georges Marsan at the Town Hall and personally congratulated on a spectacular first season.

The driver for Scuderia Ferrari has just finished the 2019 season of the Formula One World Championship and was officially received at the Town Hall on Tuesday 10th December by the mayor and councillors Camille Svara, Marjorie Crovetto Harroch, Francoise Gamerdinger, Jacques Pastor and Nicolas Croesi.

Charles Leclerc, who was accompanied by his older brother Lorenzo Tolotta Leclerc, was congratulated on his first successful season which included seven pole positions, two victories in Belgium and Italy, and a fourth place in the drivers’ standings, ahead of teammate and quadruple world champion Sebastian Vettel.

The mayor and councillors wished Leclerc all the best for the rest of his career, saying they hoped to see him one day win the Formula 1 World Championship title.