Monaco holds its breath for Boris

Monaco holds its breath for Boris 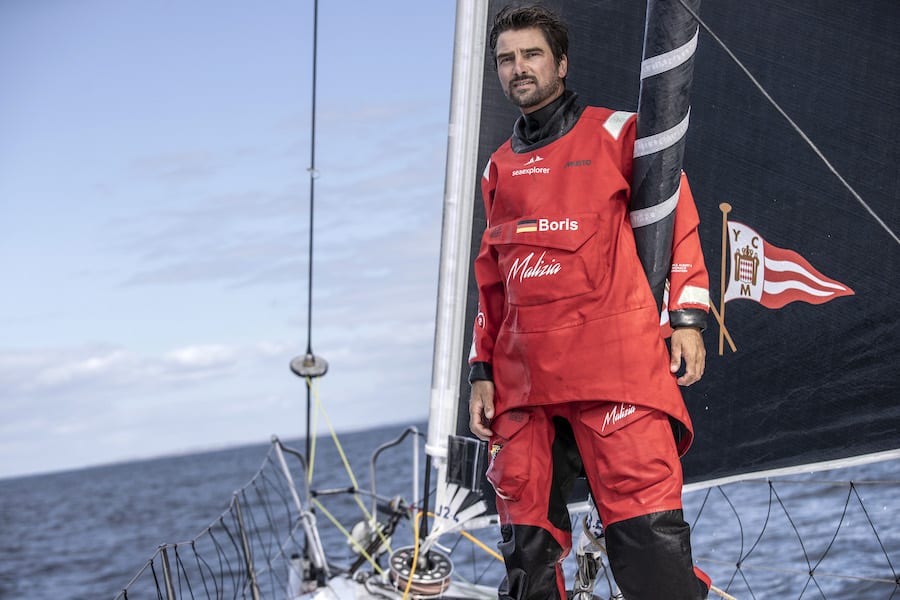 Boris Herrmann, skipper of the Seaexplorer-Yacht Club de Monaco, is heading into the final day of the Vendée Globe in second place and it’s going to be a thrilling race to the finish line.
After 80 days of sailing solo around the world, the skippers competing in this year’s Vendée Globe are due to start crossing the finish line on Wednesday afternoon. Computer modelling from the current weather predictions suggest three solo skippers could finish within four hours of each other.
The Principality is holding its breath for Boris Herrmann who, earlier this week, revealed his end game strategy.
“My choice of route for the next few days is a mixture of the results of the calculated routings and the precise moment of the wind shift here on site. I think the last day will be super exciting and the finish itself as well, as we will all be following the same route coming from the northwest – it will certainly be pure speed racing on the 450-mile home stretch.”
Since Sunday, the leaders have opted for two separate routes.
“There were two main options, north or east,” said Louis Burton (Bureau Vallée 2), who conceded first place to Charlie Dalin (Apivia) on Sunday and now sits in third.
Burton, Herrmann and Dalin were on the eastern option at the latitude of Portugal and over 200 miles west of the trio at the northern group were Thomas Ruyant, Yannick Bestaven and Damien Seguin. Between these two options, the choices were almost infinite with more than 200 possible routes to be run.


Herrmann says he will enter the Bay of Biscay at full speed, just before the strong low approaches from the west.
“It will be incredibly exciting and tight. Positions may still change at that point, and the compensation time of over 10 hours for Yannick Bestaven is of course enormous. If we are sailing at a speed of 20 knots, that means 80 nautical miles covered in four hours. So, Yannick can be 80 miles behind me and still fight.”
With the wind on the Bay of Biscay due to strengthen for those chasing the leaders in on Wednesday into Thursday morning, it is still possible that fifth placed Yannick Bestaven can arrive and steal a podium position, even victory, because of his 10hrs and 15 minutes of time recompense given for his role in helping search for Kevin Escoffier after the French skipper had to abandon his boat.
Herrmann says he’s now hit the boat speed sweet spot for his VPLP Verdier design onto which he added new, bigger foils last spring.
“We are liking the flatter water for sure. Strategy-wise we are on another page. This race will be to the finish line and maybe a few seconds after that until we make the calculations as to who actually will compose the podium.”
To see the yacht tracker, visit the Boris Herrmann racing website here: https://www.borisherrmannracing.com
Watch the race ending live on the Vendee Globe Facebook page:
https://www.facebook.com/VendeeGlobe/posts/10164715936440187