Monaco in strategic partnership with UNESCO 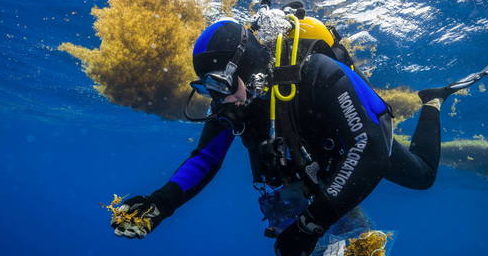 Monaco has announced the signature of a strategic partnership aimed at strengthening the activities of the World Heritage Marine Programme. The announcement follows an initial project earlier this year that led to the identification of potential new World Heritage marine sites in the Arctic Region.

The UNESCO World Heritage List currently includes 49 marine sites, distributed across 37 countries, recognised for their unique marine biodiversity, singular ecosystem, unique geological processes or incomparable beauty. This network includes the breeding grounds of the world’s last healthy population of grey whales, the highest density of ancestral polar-bear dens, and home of the world’s most ancient fish and the inimitable marine iguana. Their disappearance would be an irreversible loss to humanity.

The signature on November 1 reflects the willingness to support a strategic collaboration between UNESCO and the Principality of Monaco, in particular in the framework of the campaign “Monaco Explorations“.

Over three years, the Yersin, an environmentally friendly vessel that was transformed into a floating scientific laboratory, will welcome world-renowned scientists that will study coral reefs and marine species during the 20 scheduled stops across the world’s tropical oceans.

UNESCO’s World Heritage Marine Programme will add expertise and support to Monaco Explorations during stops in World Heritage marine sites that are on the Yersin’s path.

The Marine World Heritage network is expected to benefit from the new scientific findings that will be revealed throughout the three-year expedition.

UNESCO has the international mandate to oversee the State of Conservation of World Heritage sites in order to ensure their preservation and so that future generations will still be able to enjoy them.

The Monaco Explorations will also add most needed attention to the need for enhanced protection of the ocean, and as such support UNESCO’s decisions and actions in favour of our common Marine World Heritage.

Automobile Club chief: F1 is not for... 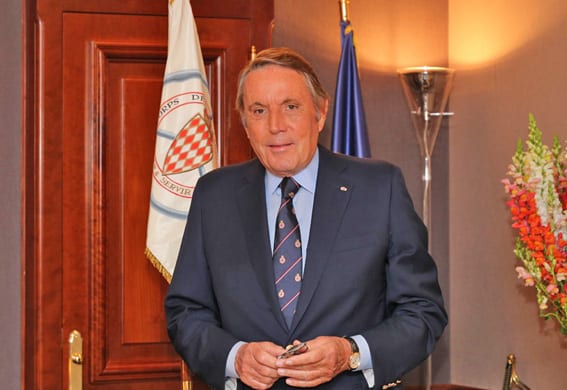 Michel Boeri, President, Automobile Club de Monaco[/caption] Never far from the headlines (last week he announced that Monaco’s Grand Prix will keep its grid girls), the Automobile Club’s Michel Boeri has hit out at over-the-top safety measures being introduced into Formula 1. “Motor racing is dangerous,” the 78-year-old stated. “If you try for full safety in Formula 1, it is against the nature of the sport and disfigures the cars. F1 is not for weaklings,” he told local French daily Nice-Matin. “They will install an ejector seat next,” the Club President told the newspaper. “I may be old school and perhaps my view is outdated. But a Formula 1 car packaged in cotton wool will not bring out the people,” Boeri said, referring to the crowds who come to Monaco each May to watch the most famous and most glamorous Grand Prix. He also hit out at F1 owners Liberty Media, who he said see the world through American eyes. “Their vision is different from Europeans,” he said. And in reference to the broad appeal of Monaco’s premier annual event, he added: “But we have a good relationship with Liberty Media. They understand that F1 is watched from a yacht with a glass of champagne as a fan eats a sausage sandwich. Apart from the grid girls thing, there is nothing wrong.” Michel Boeri has been president of the ACM for 44 years, and says that he will step down at the end of his mandate in 2021, but not before securing €2 million for the refurbishment of the stands. "We can not continue to live in prehistoric times, with the ugliest and most uncomfortable stands on the circuit." This year, four Grand Prix will be broadcast on TF1, including Monaco and Castellet.

La Poste Monaco reminds readers that with two weeks left until Christmas, Santa has opened his office in Monaco.

Anyone wishing to write to Father Christmas, or send a drawing, can post their letters in any mailbox in the Principality before Friday, December 23. To receive a reply, it is important, says La Poste, for correspondents to write their names and addresses legibly on both the envelope and the drawing.

The office also reports that Santa has an excellent internet connection.