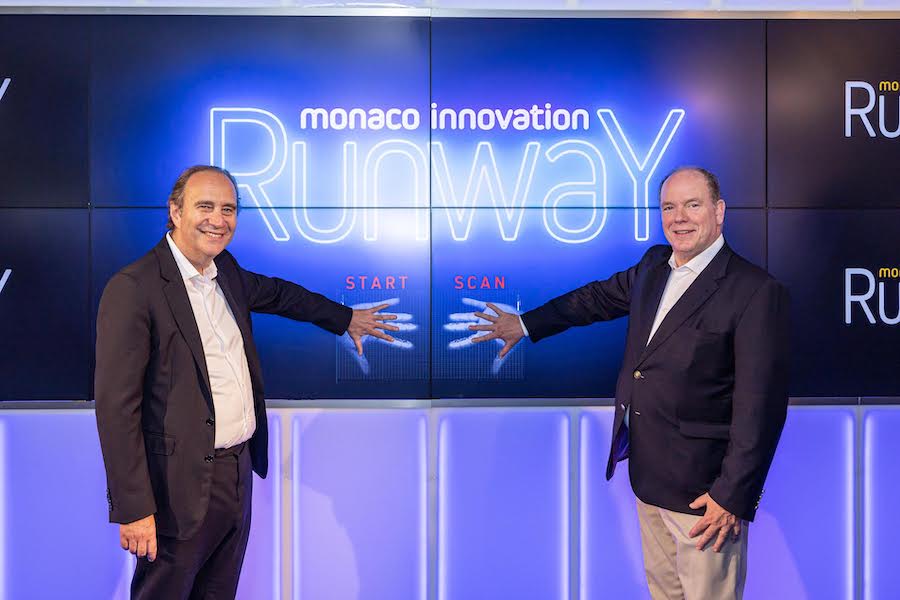 A new showcase for the country’s emerging projects, called Monaco Innovation Runway, has officially been launched at MonacoTech by Prince Albert II and Monaco Telecom owner Xavier Niel as part of the nation’s attractiveness strategy.

The Principality’s innovation scene was unveiled at MonacoTech on Friday 8th July with some serious heavy hitters in attendance.

Called the Monaco Innovation Runway, it’s a vehicle for next generation projects coming from the Principality, namely from local business incubator MonacoTech as well as other businesses focused on advanced technologies.

The launch featured three government-supported projects working under the Extended Monaco framework as well as six start-ups nurtured at MonacoTech.

“The meeting between technology, infrastructure and the know-how of project leaders is a tremendous source of opportunities, which this place intends to highlight,” said Jean Castellini. “Entrepreneurship and innovation are doubly difficult and all the more important to support. In this place, the Government, Monaco Telecom and MonacoTech are these supports.”

The Extended Monaco collaborations included Jumeau Numerique, a 3-D interface compiling topographical data to predict the evolution of mobile coverage in Monaco and helping to optimise the service as new buildings are constructed, Upciti, a data sensor solution deployed in the Principality making it possible to monitor the urban environment in real time, and Eurecom, an R&D project for simulating rising waters to make it possible to better study the impacts of major natural disasters like tsunamis or floods.

The MonacoTech start-ups were represented by Vizua, who created a 3dverse collaborative platform that allows for the exchange of 3D digital models for real-time collaboration, without limits on file size or format, and without having to download an application or data, eH2P, a company that designs and produces clean high-performance powertrains for the marine and motorsports sector, Coraliotech, who develops, promotes and markets innovative marine active ingredients for the well-being, care and human health markets, Infineis, who is revolutionizing intracranial surgery by offering tailor-made and ready-to-use devices to simplify operations and reduce costs and InnoDeep, who are developing a platform for rapid and remote diagnosis of medical images for the detection of Covid-19 and breast cancer.

Lionel Galfré summed it up by saying, “Today we see many projects carrying innovations that have real meaning for the general interest, whether in health, the environment or the development of the city. In most cases, innovation is the meeting of know-how and innovative technologies that makes possible things that were not possible or very difficult before. These projects deserve to be shown, supported, visible; this is the objective of the Monaco Innovation Runway.”