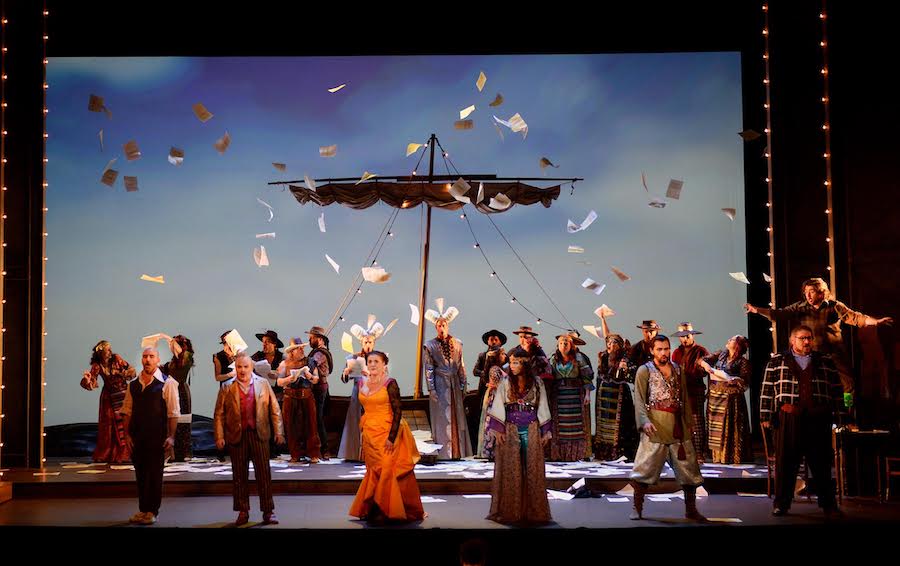 The Rossini Mania Festival, running from 28th June to 8th July, will feature three major musical events from Gioachino Rossini by the Monte-Carlo Opera and the Prince’s Musicians, namely productions of La Cenerentola, Il Turco in Italy and a Lyrical Gala as a finale benefitting the World Association of Children’s Friends (AMADE), the association dedicated to child protection that has been active in the Principality since 1966.

The first performance on 28th June will be La Cenerentola, the tale inspired by Cinderella, where a young woman is forced to be servant to her mean stepfather and horrid step-sisters. When the local prince, Ramiro, decides to go house to house to find a bride, the beautiful Cenerentola captivates him, but it isn’t until he meets her again at a ball that he falls in love. When she disappears from the ball, he searches for her, finding her back at home in her servant’s rags, and takes her away to become his Princess, leaving behind her miserable family forever.

The Choir of the Monte-Carlo Opera and Prince’s Musicians will both be on stage along with Edgardo Rocha, Nicola Alaimo, Pietro Spagnoli, Rebeca Olvera, Rosa Bove, Cecilia Bartoli, and José Coca Loza,

Next up, from the 3rd to 7th July, is Il Turco in Italy, a comic opera that first debuted at La Scala in 1814. The opera was influenced by Mozart’s Così fan tutte, which was performed at the same theatre shortly before Rossini’s work. The odd harmonization of the overture, though infrequently recorded, is one of the best examples of Rossini’s characteristic style. A long introduction moves on to an extended horn solo with full orchestral accompaniment, before giving way to a lively, purely comic main theme involving gypsies and a poet looking for a story to tell.

This night features also performances by the Choir of the Monte-Carlo Opera and Prince’s Musicians who are part of the evening with Ildebrando D’Arcangelo, Cecilia Bartoli, Nicola Alaimo, Barry Banks, José Maria Lo Monaco, David Astorga, and Giovanni Romeo.

Rounding out the festival is the Gala, benefiting charitable organization AMADE. The night is sure to be magic, as the Prince’s Musicians will be sharing the stage with opera star Cecilia Bartoli, who will be debuting at the State Opera, alongside perennial favourite tenor Placido Domingo and Levy Sekgapane, Alessandro Corbelli, Nicola Alaimo, Varduhi Abrahamyan, Ildebrando D’Arcangelo, Rosa Bove, Rolando Villazón, and Edgardo Rocha.